The Partisans–17 Years Of Hell-7" No Future Records 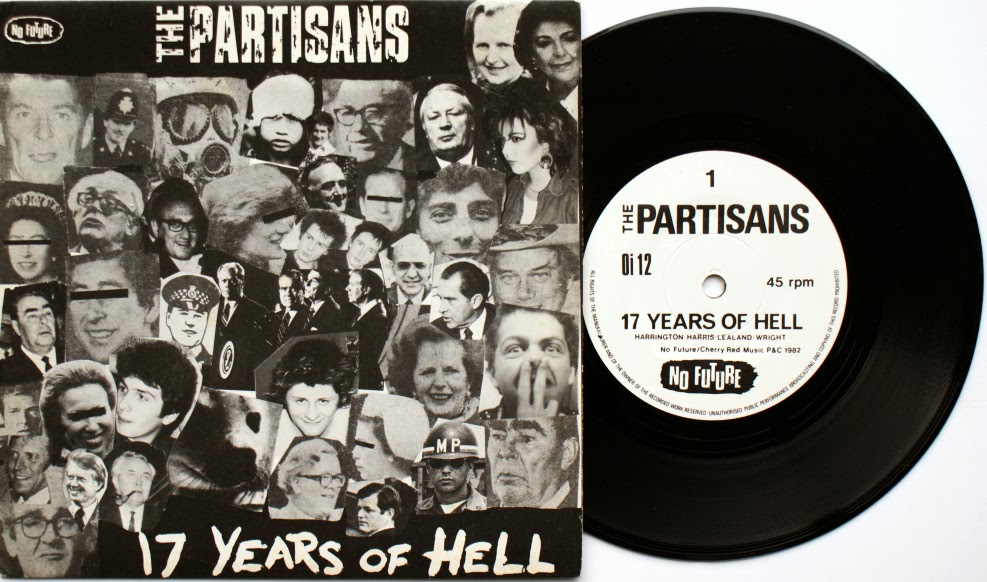 Formed in the summer of 1979 from Bridgend, South Wales, this very young band heavily influenced by The Sex Pistols, were capable of producing a very tight sound almost by accident. A post-No Future member was bassist Dave Parsons. He replaced the lovely Louise (who was 17 years old at the time), appearing on the "Blind Ambition" EP and "The Time Was Right" LP before achieving fame with Transvision Vamp. He is now a member of mega-selling Bush! Andy and Rob have reformed The Partisans with a new line up, and have played a number of gigs as well as releasing new material.

Superb all round condition - vinyl and cover both excellent