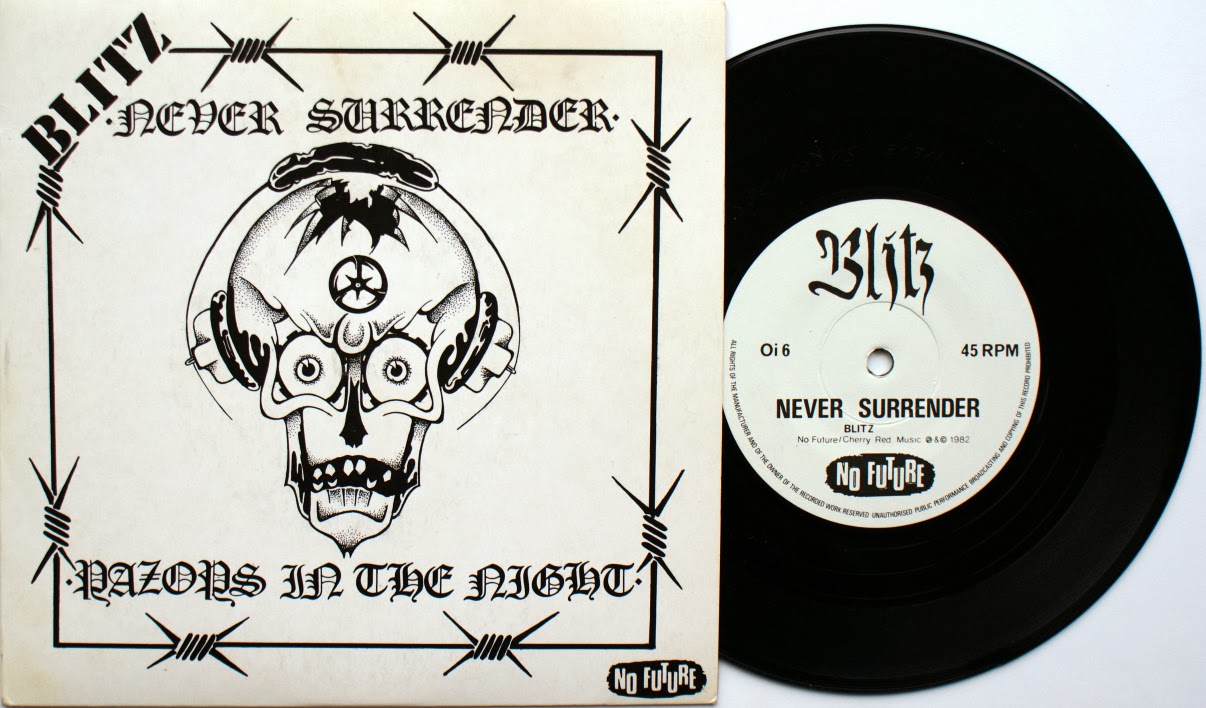 A. Never Surrender B. Razors In The Night

Formed in 1980 in New Mills, Blitz were the label's first signing. Their debut release, a four track EP, was recorded very quickly, as were most singles on the label. The first pressing of 1000 copies were sold in a few days, mainly by mail order. A subsequent distribution deal with Rough Trade and Pinnacle led to sales of over 20,000 copies. Initial copies were all hand stamped as the label thought they would only sell 1000! Their debut album even hit the National charts! The band later became one of the most influential Punk bands of all time with numerous late 90's Punk bands covering their songs. Tragically, Nidge died in a road incident in Austin, Texas in February 2007 after a gig whilst touring with his reformed band.

Superb all round condition - vinyl and cover both excellent
https://blitzrecords.bigcartel.com
Posted by Blitzrecords at 05:00