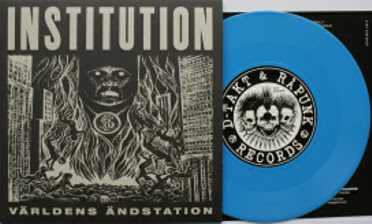 BLUE vinyl limited to 300 copies only
First INSTITUTION live gig this weekend in Gothenburg!!!
http://youtu.be/pDw9iAAU5Oo
The band that did one of the three best records of 2012 - I shouldn't have to go on about how much you need this. Quality all the way! Members of Totalitär, Meanwhile and Herätys doing what they do best!
"Do you know what you get when you put people who's been in bands such as Totalitär, Meanwhile and Herätys in the same studio for a while? One of the best records of the last 12 months! Maybe even one of the best to ever come out of Sweden!? Maybe even the world!? Ok, I'm getting a bit too excited here - but that's how fucking good this is. Anyone who misses any, or all, of those bands listed earlier needs this - many thanx to 'Not Enough'
A1 Falsk Trygghet
A2 Stick Iväg
B1 Vansinne
B2 Berusa Bort 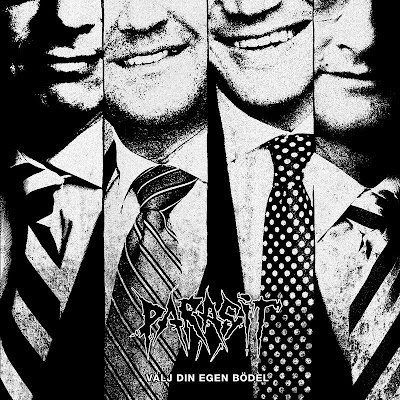 Limited to 400 copies only worldwide on brown vinyl

PARASIT from Sweden was formed in the winter 2010/2011 by the ex members of UNCURBED: Michael, Johan and Kenneth. Later Rikard Olsson joined on bass and Pjär Karlman on vocals. After some rehearsals also Simon Frid joined on vocals and we were complete!
The plan was to record an album already in the fall of 2011 but it was not possible because of other bands and duties... Finally a full-length album was recorded in Studio Underjord, Stockholm 11-13 May 2012 with Joona. The full-length "Välj Din Egen Bödel" will be released in early 2013 by D-Takt & Råpunk Records(Swe) on LP! The CD will be released by Totalpunk Records(Rus) also early 2013. It will also be released on MC (Cassette) by Nuclear Terror Victims(Swe) as well.
In the end of 2012 our longtime axeman Kenneth Wiklund decided to leave the band because of undefined problems with his hands/fingers. Too bad that he have to quit but we hope he will get recovered very soon! So now Rikard have replaced Kenneth on guitar and the new bassplayer is Daniel Sandelin (Jailbreak Academy, ex Crossing Chaos etc.). 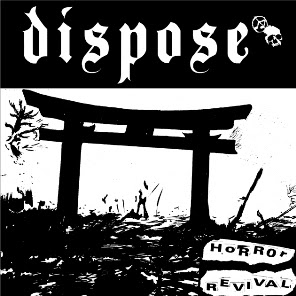 Sweden's main dis-noise råpunk band unleash this 8 track 12" after a bunch of CD-R releases, split 7"s and a split LP with Kranium - great stuff as expected. Raw as fuck.

A1 Megaton Explosion
A2 Diabolic Slaughter
A3 Horror Revival
A4 The Depths Of Hell
B1 Whirlwind Of Chaos
B2 Nuclear Nightmare
B3 Cruelites Of War
B4 The Hour Of Doom ... 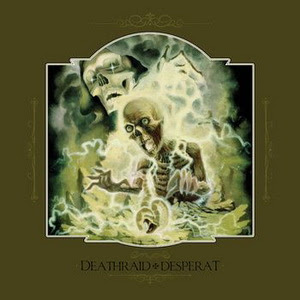 500 pressed on 180 gram black vinyl. Gatefold sleeve and insert with English translations of Desperat lyrics.
This one, I know took forever to come to light, but its a FUCKING GEM and well worth the wait.  Both bands are at the top of their form.  DESPERAT were the first side I threw on and all I could think was, its really amazing that there are some guys out there that can just keep on coming up with catchy and straightforward guitar riffs that don’t sound generic, year after year and it seems that Ake from DESPERAT is just one of those guys.  Look back thru the mass of songs that he has cranked out over the years.  I might even like this better than the MOB 47 of his past(which is really saying something).  Raw and simple, just like you’d expect.  DESPERAT have proved again that they are in a class above most.  Catchy guitars carry forward alot of the speed of DESPERAT but Chrille (also an alum of MOB 47) lays down the pulse with cracking precision on the drums.  With Jocke from WARVICTIMS barking out lyrics about the close-mindedness of some punk scenes, the rich and privileged, and facing a modern world that may be beyond any hope.  And it all comes across as urgent and passionate as ever.  Maybe even more so, because they aren’t simply frustrated teenagers anymore.  They even have a song about this; the moment where you realize that you have become an adult with responsibilities that would have made you “boring” when you were a kid, and the fact that you gotta make extra effort as you get older not to align yourself to the systems of the modern world.  I also like the fact that the gatefold cover has the lyrics in Swedish, but with a little rant in English about the song and what it is all about.  DESPERAT may be some older dudes but they are still kickin ass and taking names.KILLER.    DEATHRAID kicks off the other side right were they left off after the “All Life Ends” LP from a few years back, which was a record that I would champion to anyone that would listen to me.  These songs were recorded back in 2010 not too long after that release and perfectly carries on.  All the tracks are so intense and powerful that I can’t stop listening!  The bass is so thundering and violent, the guitars so tight, the drums so furious!   Pick up the needle and start over.  Repeat.  Repeat….  DEATHRAID is the absolute best of HC punk today but with more confidence and swagger which only adds to its power.  To top it all off, Jay’s vocals are total savagery and it never sounded sweeter.  In a gatefold cover with a killer painting from Halsey gracing the cover.  World Funeral has yet another masterpiece on his hands here.   Find a copy today.  A++ (Val) - thanx for the superb write up from http://thrashpunx.com