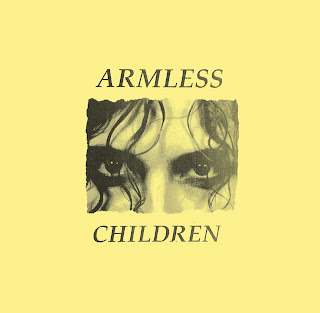 Armless Children - LP pink vinyl, Finland.Pre-order - mailorder only limited to 100 copies.- will have extremely limited copies of this beaut, cost you $40 to get one from the mighty Konton Crasher, had to grab these at retail price, so have a go here -- https://blitzrecords.bigcartel.com/Armless Children - 9 Songs LP. 9 tracks of ripping, raw Finnish hardcore. 500 total press.
100 copies pink vinyl, pocket jacket, insert.
400 copies black vinyl,pocket jacket, insert.
https://armlesschildren.bandcamp.com/…/collapse-of-the-beas…
Posted by Blitzrecords at 10:13 No comments: 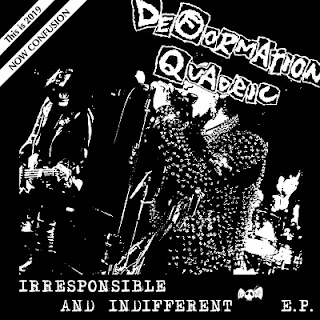 Pre-order, release date August 31st - 400 press only - sold out from label in one day.
Hardcore / noise punk band from Osaka, Japan. Bouncy catchy bass lines with a brutal wall of noise approach, traditional 80's Japanese Noise punk style in the ferocious of total noise and destroy! Featuring member of POIKKEUS and Ex- HATSURI.
Posted by Blitzrecords at 03:13 No comments: 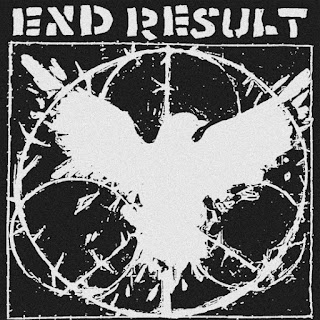 Pre-order - released 9th August - US Angry Hardcore via 80's early UK such as ICONOCLAST and CRUCIFIX.
Here in Japan, "END RESULT" which has attracted attention by releasing THE LAST SURVIVORS and split 7 inch is the sound source so far Released a discography CD that summarized! !
Current PEACE PUNK Group of the State of California. The band name is from the song "END RESULT" recorded on CRASS's 1st album, and the intro begins with that quote. This will give you a glimpse of their spirituality, but it's only a passing point, and it's an ongoing band. 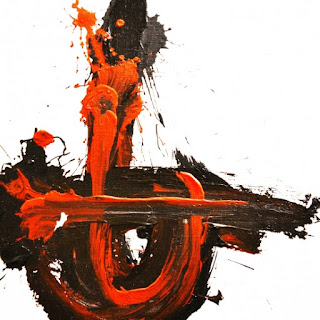 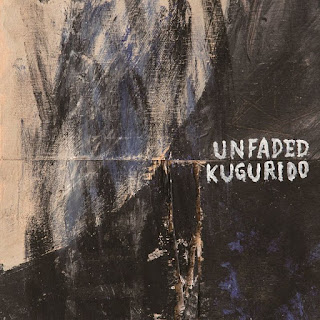 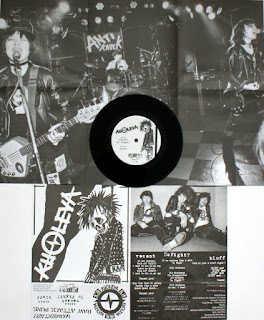 400 only pressed regular sleeve with poster (364 mm × 514 mm)
ALREADY SOLD OUT FROM LABEL.
THIS IS THEIR 1ST 7" RECORD. 'KUOLEVA' FROM HAKATA, KYUSHU ARE A RAW HARDCORE PUNK BAND IN THE VEIN OF THE LAST SURVIVORS , SKIZOPHRENIA AND MORE, THIS IS RAW HARDCORE PUNK INFLUENCED BY EARLY 80'S HARDCORE PUNK. THE BAND CONSIST OF 2 MEN AND 1 GIRL. THE DRUMMER IS JUST 17 YEARS OLD. THE LEGENDARY MICHIAKI BRISTLE(THE LAST SURVIVORS) HELPED THEM TO RECORD THESE TRACKS FOR THIS 7". JUST RAW HARDCORE PUNK!!
Vacant
No Fight
Bluff.
Posted by Blitzrecords at 14:31 No comments: 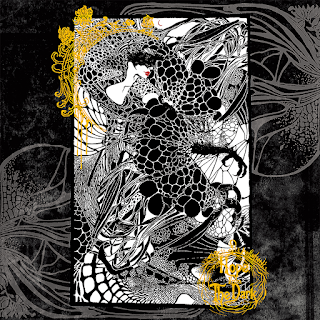 END OF POLLUTION - Hope From The Dark - 12" Japan.Pre-order, release date 31st August - a very limited pressing of 250 copies only - I will only have a few copies of this if you want to indulge, have a go here - https://blitzrecords.bigcartel.com/END OF POLLUTION Female fronted crust noise hardcore punk band from Hakata, Fukuoka Japan. Since 2008. Artwork The DISTURD 072.
Posted by Blitzrecords at 14:04 No comments: 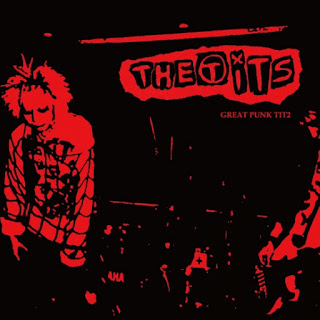 THE TITS-Great Punk TIT2 - CD Japan.Pre-order - release date 15th August - expensive, but you won't find it cheaper - these are direct from the band -https://blitzrecords.bigcartel.com/Limited self released CD - 32 tracks 1st Demo, 2nd Demo from live in New York tape - unreleased works which have not been released until the test press.
Posted by Blitzrecords at 14:03 No comments: 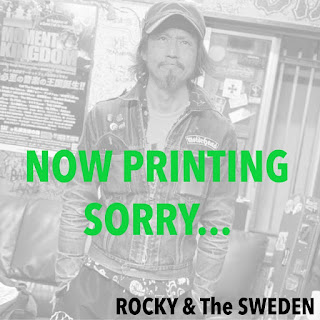 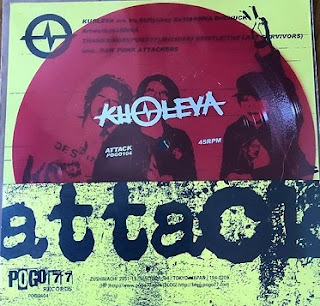 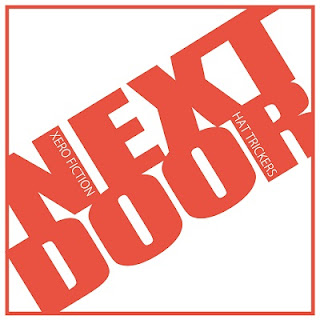 HAT TRICKERS / XERO FICTION - Split 7" Japan.Pre-order - release date 25th August - limited to 500 copies only regular sleeve, 200 copies only band sleeve - - https://blitzrecords.bigcartel.com/HAT TRICKERS - What do you get when you combine “A Clockwork Orange” by Stanley Kubrick, punk music, and nearly 20 years of dedication? The answer is HAT TRICKERS. They play old school punk music called Oi! punk — quite melodically compared to many other bands in the same genre — with a distinctive 'droog' look inspired by the Kubrick movie. The band is a big name in the underground scene in Japan and have also visited other parts of Asia and Europe several times. In 2010, the band toured Europe as the supporting act of US punk band Misfits, playing in Germany, Switzerland, the Netherlands, Finland and Norway.
XERO FICTION - one time hardcore/punk band from Nagoya Japan, ex members of Reject/Gasoline.
tracks
XERO FICTION - KNOCK'N ON MY SOUL'S DOOR.
HAT TRICKERS - A GHOST IN THE MIRROR.
Posted by Blitzrecords at 14:57 No comments: