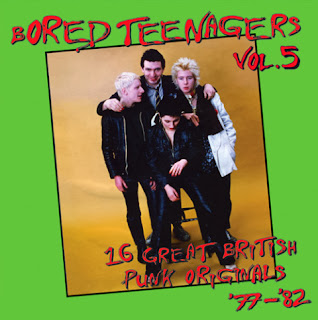 The bands featured are BLITZ who first found fame by playing more gigs than any other band at the famous ROXY CLUB in 1978. Next up is THE VICARS from outta Southend-On-Sea who were featured on the ‘Southend Rock’ compilation album way back in 1979. Then we are graced with THE RATS who are from Cornwall and released an amazing track on the rare compilation album “Double Booked’ in 1977. Then we are treated to old Roxy favourites THE TARTS who feature a very young ’Max Splodge” on drums and also released one old 45 way back in 1979 which was the ‘Rolf Harris’ hit. PETE NEWNHAM hits us next with his incredibly rare solo single and tracks by his band T.H.E. The interesting thing about Pete is that he was in the first line-up of ’Cockney Rebel’. Now we venture down to sunny Worthing to find THE EGOS who deliver two ultra catch gems! Back up the M6 to find THE REZIZTERS who feature the brother of one of the members of ’U.X.B.’ who were on volume 2. Lastly we are overjoyed to feature THE NEGATIVES back again with their long lost first EVER Recordings from 1978!
ALL VINYL COPIES COME WITH A BEAUTIFUL A5 16 PAGE BOOKLET WITH RARE PHOTOS AND BIOGS THAT WERE WRITTEN BY THE BAND THEMSELVES!
"Blitz" "Strange Boy"
"Blitz" "We're OK Sod You"
"The Vicars" "No One Listens"
"The Vicars" "School"
"The Rats" "For Your Pleasure"
"The Rats" "First Mistake"
"The Tarts" "Job Satisfaction"
"The Tarts" "Tie Me Kangaroo Down"
"Pete Newnham" "Rudi"
"T.H.E." "The Ballad Of Johnny The Snark"
"The Egos" "Pretty Face"
"The Egos" "I'm In Love With You"
"The Rezizters" "Adolescence"
"The Rezizters" "Copy Cat"
"The Negatives" "Little Green Man Fever"
"The Negatives" "69"
https://blitzrecords.bigcartel.com
Posted by Blitzrecords at 14:32 No comments: 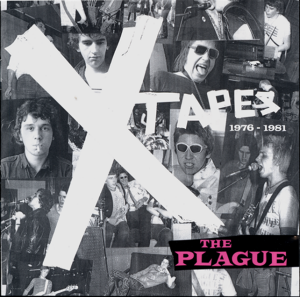 RUBBISHLP/CD006 - The Plague - X Tapes (1976 - 1981)
14 track coloured vinyl LP - RUBBISHLP006 -
RELEASED: 23rd MAY 2005
Formed in 1976 in South London by 4 mates who were at a O’ Level College in Catford, The Plague have become one of the most talked about underground Punk acts of the time.
The band gigged extensively around the London area, building up a reputation as one of the best live acts on the Punk scene.  This was proven by the fact that they were given a residency at the infamous Roxy club, and went on to become the band that played there the most times, a feat in itself!!
The Plague released a single, the brilliant ‘In Love’ on the cult ‘Psycho’ label in 1978—the first pressing of 500 copies sold out quickly and the single was re-issued on the ‘Evolution’ label in a pressing of 6000 copies, which also sold like Punky hot cakes!  The band released a second single, but there is some mystery surrounding this as it was thought for many years to have been withdrawn.  The band deny this, but there is no explanation as to why this single is so rare.

This phenomenal LP gathers together the bands entire recorded output, even including their first ever recordings made in a front room of one of the band members parents house in 1976.  Featuring many previously unreleased tracks and coming in packaging that features tonnes of rare and unseen photos this is a release that you cannot afford to be without. And a special bonus for all you vinyl freaks out there, the very limited pressing of only 500 copies comes on special vinyl—you have to see it to believe it, but it is VERY PUNK ROCK!
A1 On The Dole
A2 Again And Again
A3 Nightmares
A4 Come Together
Written-by [Uncredited] – Lennon-McCartney
A5 Lay Me In The Moonlight
A6 In Love
A7 Wimpy Bar Song
B1 Nuffin Doing
B2 I Don't Want To Be Like Jimmy
B3 Dog Days
B4 End Of The World
B5 Er
B6 Out With Me All Night
B7 Stop
https://blitzrecords.bigcartel.com
Posted by Blitzrecords at 14:30 No comments: