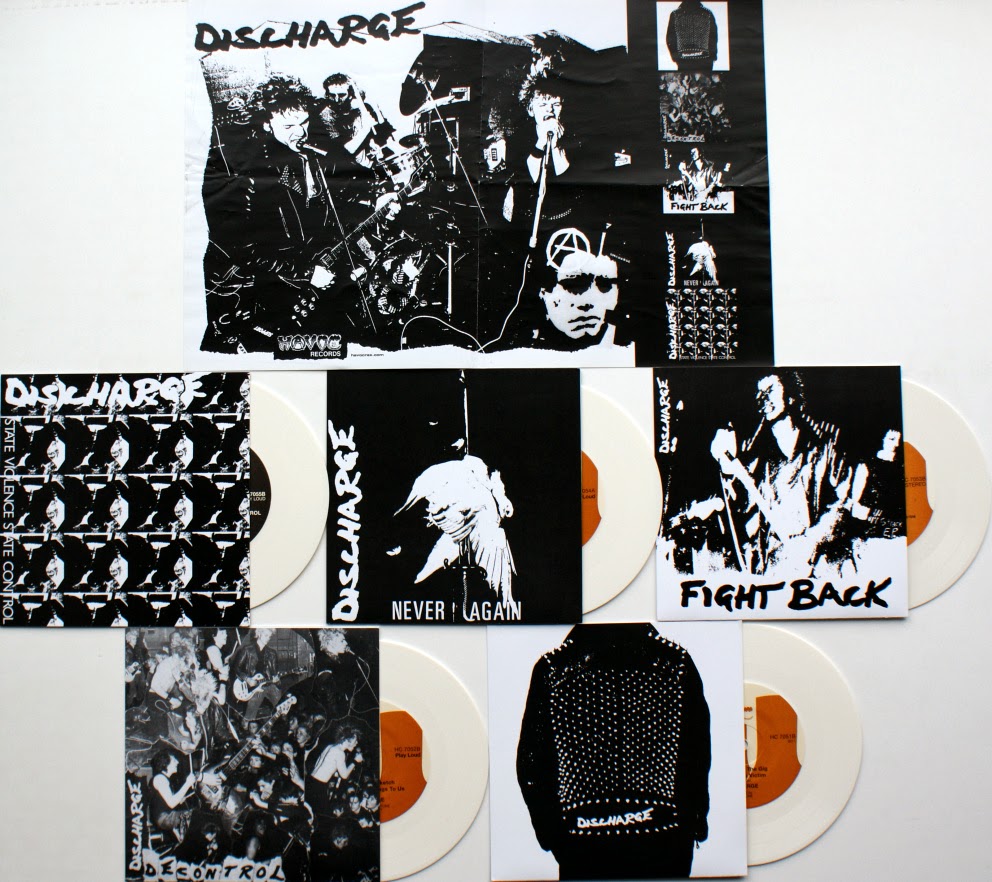 Set of 5 x Discharge 7" on white vinyl from Havoc records with promo poster - 2 sets where sent to me by Felix in 2011 and I'm keeping a set, so this is one is up for grabs.

DECONTROL - - Classic three song rager from 1980. Less than a year removed from "realities of war" the sound is already faster and more aggressive, leaving 70's punk behind and blazing into pure hardcore raw punk. This record has three of Discharge's best songs which are just pure blasts of raw anger and urgency. Hardcore punk at it's best - Decontrol, No TV Sketch, Tomorrow Belongs to Us.
FIGHT BACK - - Five song blast of pure anger and energy, Dishcarge is at their finest here. Pure be beat raw punk against which all the successors can be measured. This hard driving music is the perfect vehicle for the outrage at war and oppression conveyed by the harsh lyrics and graphics - Fight Back, War's No Fairytale, Always Restrictions, You Take Part In Creating the System, Religion Instigates.
NEVER AGAIN - - It's 1981, the cold war rages, threatening to turn hot at any moment as Reagan, Thatcher and Brezhnev seem poised to destroy the world in a descent to nuclear madness. Using cover art appropriated from 1930's anti fascist agit-prop Discharge links the bleak reality of Thatcher's Britain with the descent to totalitarian oppression and war of an earlier generation. A bit more polished than the first three EPs and the Why? 12", Never Again delivers three blasts of hardcore punk. The bass playing in "Two Monstrous Nuclear Stockpiles" is probably my favorite on any hardcore record ever - Never Again, Death Dealers, Two Monstrous Nuclear Stockpiles.
REALITIES OF WAR - The Classic first 7" from Discharge circa 1980. A monumental record that helped jumpstart the hardcore movement around the world. This is one of a handful of records from 1980 that pushed 70's punk into the bleak era of the 1980's hardcore scene. Discharge set the standard with their raw and uncompromising visual style and unbridled hardcore punk music - Realities of War, They Declare it, But After the Gig, Society's Victim.
STATE VIOLENCE, STATE CONTROL - Discharge's fifth 7", from 1982. The sound is a bit less raw and there is a tiny bit of the metal influence starting to show. The energy and power of Hear Nothing See Nothing Say Nothing are starting to manifest on these tracks - Doomsday, State Violence State Control. 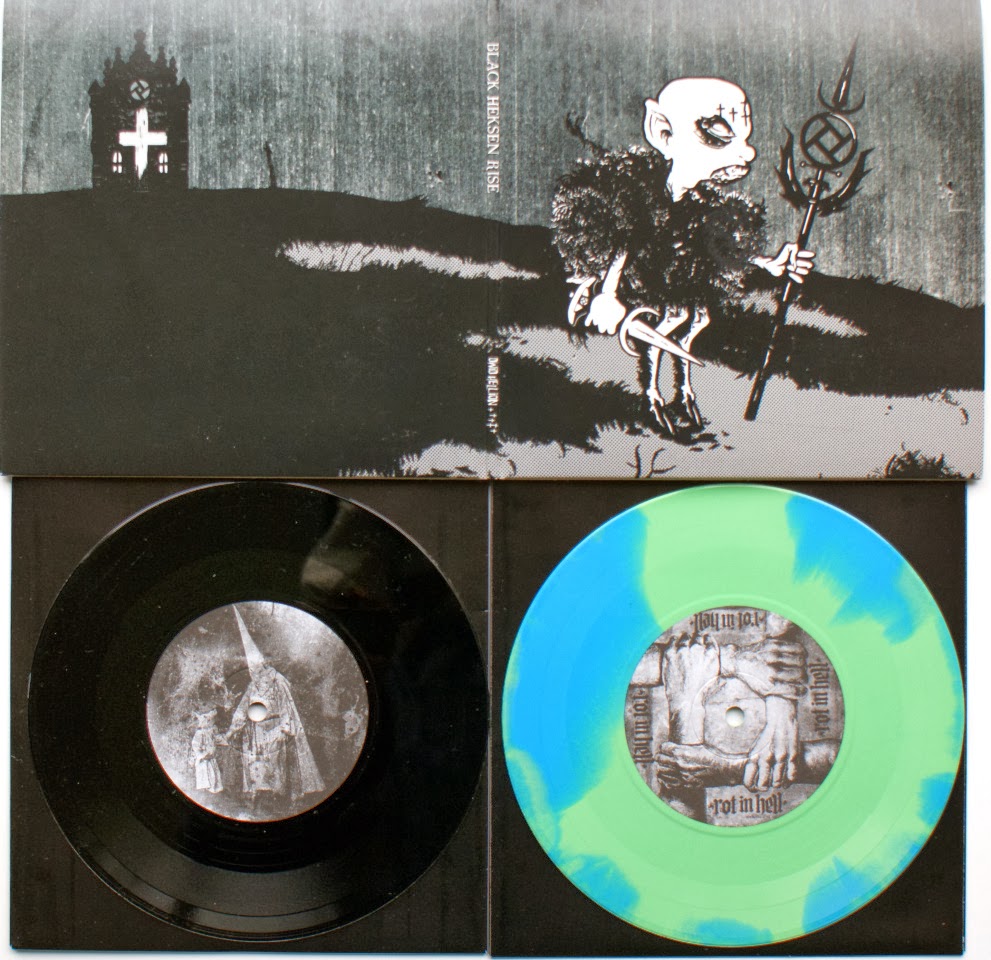 The ongoing nationwide campaign of Holy Terror is set to escalate beyond your feeble comprehension with this landmark document. This forthcoming collaboration between notorious global agitators Integrity and zeitgeist grabbing facilitators Rot In Hell features new and exclusive recordings unique to this release.

Packaged within a hardback book of endtime fairytales, collated & illustrated by the infamous Dwid Hellion, this double 7" pack features two new recordings from each unit. Dovetailing this genre defining work, an additional 7" on coloured vinyl, containing a caustic narrative of the book by Dwid himself