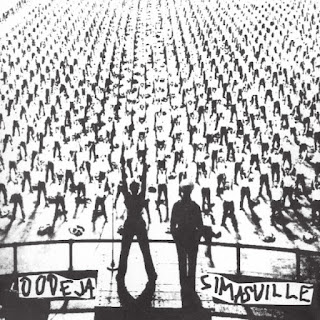 An authorised reissue of the band's first release from 1981. Features the original cover layout fitted on a gatefold jacket, plus a booklet with liner notes from the band - limited to 300 on white vinyl.
Perhaps best known as the first real band of Jore Vastelin, of Musta Paraati fame, Nolla Nolla Nolla (also known as 000) produced only an EP and an album during their two short bursts of activity. Having broken up in 1982 after the EP "Oodeja simasuille", they reformed briefly in 1984 to record an album. Their original blend of classic punk rock and Killing Joke -style post punk was not a popular concoction at that time, and it is only in later years that their legacy has grown into a cult.

Posted by Blitzrecords at 11:27 No comments: Originally released in April 1979 on Poko Records. Remastered from the original tapes.
Side A: Kirjoitan seinään Side B: Olen sokea
Finnish punks Sensuuri ("Censorship"), infulenced by Ramones and Buzzcocks, released their first single in 1979 when the guys were only 15-16 years old. The a-side of Kirjoitan Seinään ("I Write On The Wall") was an instant hit with it's angsty lyrics and is now considered one of the classic tracks of finnish punk. A hastily made debut album was released later on same year for mixed reviews and then a couple of 7 inchers more, but nothing like the first single emerged and Sensuuri's career was over after only a year. Drummer Pasi Pakarinen joined later the Ramones style group Pojat and guitarist/songwriter Costello Hautamäki became a notable person in finnish rockscene, most known for his membership in "The Rolling Stones of Finland", Popeda.