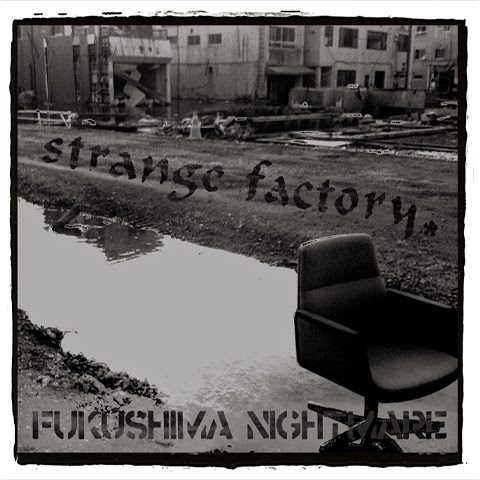 available for £2.99 at http://blitzrecords.bigcartel.com/
Released With Foldout Papersleeve And Sticker.
Japan-Import! Anti-Nuke and Anti-Nuclear Plant protest EP from a band who KNOWS as they are from Fukushima in Japan. This long awaited 2nd 7" is released after various splits and compilation appearances. With years of practice behind them, they produce a ferocious Avskum style D-beat raw punk noise attack! Absurdity, anger and sadness. This band are not posers this is real rebel music. Lyrics and great artwork are included. It's no TV sketch! - thanx to Pundistro
A1 Town Of Death
A2 In Slat
B1 Weapons Of Mass Destruction
B2 Sacrifice

Posted by Blitzrecords at 05:14 No comments: 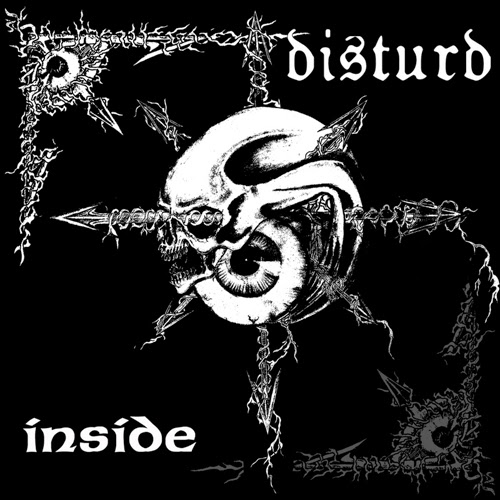 A1 Brainwashed
B1 Abyss
Posted by Blitzrecords at 03:20 No comments: 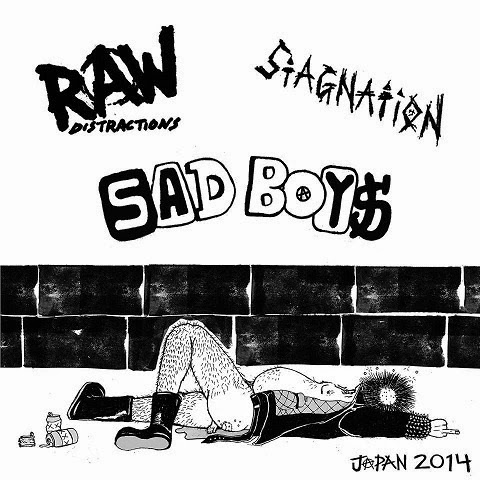 Available for £2.99 at  https://blitzrecords.bigcartel.com
"Drunken raw pogo attack punk Sad Boys from HC punk front line NYC. They put this EP for their Japan tour with Raw Distractions/Stagnation in this May. Catchy, melodius, tight & raw sounds with charming singer's vocal. According to Pogo77 Records primitive and energetic 5 songs. One of the most exciting bands to fuzz their way out of Tokyo is STAGNATION. Hyper intense hardcore punk that takes the concepts thrown down on Confuse's polarizing "Stupid Life" EP to their ultimate conclusion. Raw Distractions is more fast, simple and straight UK82' style compare with their current 1st EP."[description courtesy Punkdistro online store]
A1 –Sad Boys Ew
A2 –Sad Boys Pitiful Cries
A3 –Sad Boys Wasted
A4 –Sad Boys Yuck
A5 –Sad Boys Why Are You Doing That
B1 –Stagnation 点天転壊
B2 –Raw Distractions No. 7
Posted by Blitzrecords at 10:10 No comments:

To The Point ‎– Give Me A Reason - 7" colour vinyl 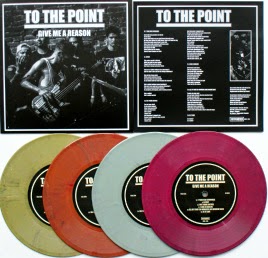 To The Point ‎– Give Me A Reason - 7" single sided with insert on coloured vinyl limited to 500 copies.

I'm sure you've all heard of To The Point by now; the unstoppable group comprised of members of Actuary, Fetus Eaters, Lack Of Interest and Spazz. Caveman powerviolence. The musicianship here is tighter than a nuns nether regions, and the songs are crafted just  how you would expect seasoned veterans of this style to make them; perfectly. I just love hearing Bob bash the shit out of a drum kit. Dude really blasts like no other, he definitely has captured a sound that is uniquely his own, with the very dry drum tone and super hard attack. It's also great to hear Chris Dodge, Caveman almighty, front a band again. Again, very early Lack Of Interest style vocals; gruff, low, and kind of cheesy.
Every song this band creates is top notch. You know the story. TTP is sort of a “Lack of Interest 2.0″, but they’ve obliterated any misconceptions that this is going to be a formulaic cookie-cutter clone of a now legendary band. No, To The Point is it’s own monster & adds something desperately needed to hardcore: Spontaneity! You can never guess what they’re going to end up half way through any one of their songs. And then they do it. And no matter what path they choose the result is always something insanely pleasurable to hear at the end. Everyone in the band is literally “on point” when it comes to every aspect of the music. There are no weak links at all. But in my humble opinion, what separates this band from everyone else is the guitar playing. Things you would NEVER think to put in a hardcore song on top of a flawless foundation of bass and drums suddenly make complete sense. It’s meticulous, it always comes out of nowhere & it compliments everything else so perfectly that their sounds becomes instantly recognizable. The fact that they can achieve this all while never ignoring the basic fundamentals of fast music & what makes a great HC song truly great is a thing of beauty and harder than anyone is willing to admit. Being hardcore veterans, they have used their knowledge to basically transcend the genera without losing an ounce of the speed, brutality, wit or integrity that makes this type of music so pure and wonderful to begin with.
Dodgy Sounds -  GonzoKaraoke