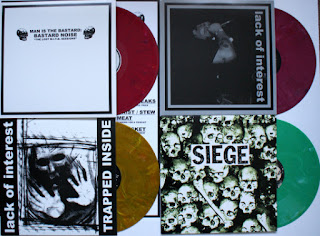 Lack Of Interest/Siege/M.I.T.B/Bastard Noise - LP's Deep Six sale.
Need more space in the new house - all coloured vinyl - grab yourself a piece of history here - http://blitzrecords.bigcartel.com/
BASTARD NOISE/LACK OF INTEREST - The Hoak Sessions.
POWER-VIOLENCE HARDCORE/NOISE/ELECTRONIC. This classic split release has been years in the conceptual making. Long time friends BASTARD NOISE and LACK OF INTEREST team for one of the most unforgettable split releases ever! The reminding members of BASTARD NOISE teamed up with the BRUTAL TRUTH/TOTAL FUCKING DESTRUCTION drumer to create their most sinister skull session to date. This split release is full of burning musical hooks, blazing drumming, soaked in nitroglycerin, sick electronics and the most powerful and convincing vocals ever. The split features 4 brand new songs from THE BASTARD NOISE and 9 new songs from LACK OF INTEREST.
LACK OF INTEREST - Trapped Inside.
POWER-VIOLENCE HARDCORE. "trapped inside" was the 1999 debut full-length from Los Angeles' LACK OF INTEREST who took influence from INFEST, NO COMMENT and CROSSED OUT, and carried the torch for the power-violence hardcore scene in the '90s and '00s. Out-of-print for some years - now available again on colored vinyl.
M.I.T.B/BASTARD NOISE - The Lost M.I.T.B. Sessions.
POWER-VIOLENCE/NOISE/ELECTRONIC. MAN IS THE BASTARD teamed up with sinister BASTARD NOISE to create this long, long awaited album of sound and cinematic vision. Carefully orchestrated basses layered to massive perfection, the most progressively brutal and tasteful drumming coupled with ornate, four-part vocal arrangements and drilling, esoteric trogotronic custom "skull electronics" make "the lost m.i.t.b. sessions" one for the record books.
Siege - Drop Dead - 12"- 30th Anniversary Edition- green vinyl.
SIEGE 30TH ANNIVERSARY EDITION...RESTORED DEFINITIVE SOUND...WITH ORIGINAL SESSIONS' OUTTAKES Green Opaque Wax.- - includes all the trax from the previous presses - This edition features the two bonus tracks from the 2006 reissue and the bonus track from the 2009 reissue, making this the most complete version of the release.
https://youtu.be/CBSaKAsCxFA
Siege was an American hardcore punk band from Weymouth, Massachusetts. They were active in the 1980s Boston hardcore scene from 1983 to 1985, and reunited briefly in the early 1990s.
Siege’s unprecedented level of extreme hardcore punk was some of the fastest and heaviest of its time, incorporating lightning fast tempos, chord changes, vocal delivery, and blast beats into its style, thus setting the stage for the emerging grindcore scene. And though rather short-lived and little-known during their existence, subsequent musicians have cited the group as a profound influence, including the famous British grindcore band Napalm Death and the American powerviolence band Dropdead, whose name was derived from the title of Siege’s demo of the same name.
Posted by Blitzrecords at 15:34 No comments: 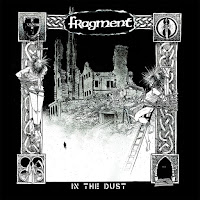 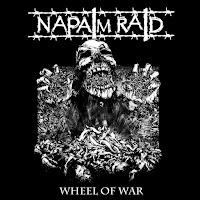 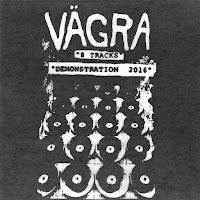 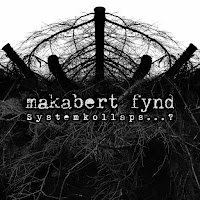 Fragment/Makabert Fynd/NAPALM RAID/VÄGRA - LP's colour wax.
These are on the way - I will have 3 copies only of each - available herehttp://blitzrecords.bigcartel.com/
Fragment ‎– In The Dust - marbled colour vinyl.
Canadian Raw Punk Noize. 9 completely insane and chaotic tracks. New recordings from 2017. This is a co-release with Desolate Records. 100 limited copies on marbled wax.


NAPALM RAID - Wheel of War LP - green vinyl.
Green vinyl limited to 100 copies only.
The longest output and the heaviest best material by Canada's NAPALM RAID. Originally hailing from Halifax, Nova Scotia, the band is now spread out across the country. Balancing more influences than ever before, Rust and Machine is proud to have been working with this band since their beginning, and I am happy to say this is their strongest release, showing progression in style. Over time Napalm Raid has become the premier crust band of Canada, with multiple tours over the years taking them all over the world including Europe, Canada, USA, Mexico, Colombia and Brazil. Ending track is a revisit to their live hit "Dead Cities" which originally appeared on their debut 7" "Corruption of their little minds"

Posted by Blitzrecords at 15:31 No comments: