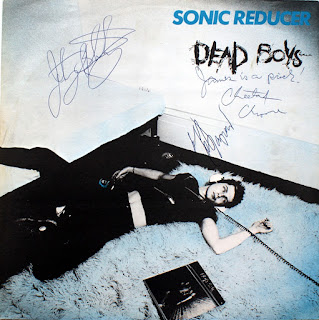 Sire ‎– 6078 609 - Belgium 1977 - signed by Johnny Blitz, Jeff Magnum and Cheetah Chrome - this is from my own collection and is 100% authentic - great piece of punk history - vinyl is mint.
Available at   http://blitzrecords.bigcartel.com/
The Dead Boys, originally know as Frankenstein, The Dead Boys were a punk rock band formed in Cleveland, Ohio in 1976 after the breakup of Rocket From The Tombs. They adopted the name The Dead Boys when they relocated to New York City in July 1976 where they were active until 1979. They briefly reunited in 1986 and again in 2004 and 2005 without Stiv Bators who passed away in 1990. 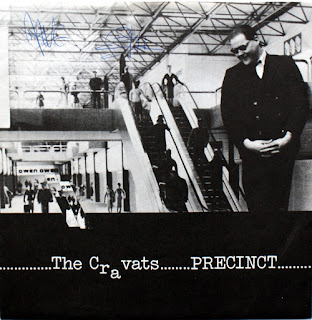 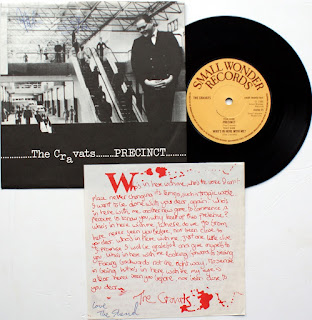 Small Wonder Records ‎– small twenty-four - UK 1980 - signed by the band -  this is from my own collection and 100% genuine - although I can't remember who signed it (heady times) definitely The Shend on the insert and I think Dave Bennett was one of the two signatures on the front cover - great item - mint condition.
available at   http://blitzrecords.bigcartel.com/
A neo-dadaist group from Redditch, UK, formed in 1977. Guitarist Martin Seys and drummer Ethos Yapp left the band early. From there on, as a 4-piece, they managed to release six singles and two full albums (most of them on Small Wonder; some appeared in the indie charts Top 30), interspersed with some dada happenings. Between July 1979 and November 1982, they were also asked to make four sessions for the legendary John Peel radio show.
A Precinct
B Who's In Here With Me?
Posted by Blitzrecords at 11:59 No comments: