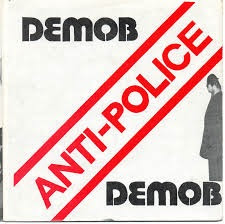 Demob – Anti-Police - 7" poster sleeve.
Round Ear – Round 1 - 1981 - poster sleeve
SUPERB MINT UNPLAYED AS NEW IN FOLD OUT COVER WITH ORIGINAL DUST BAG - 35 YEARS OLD IN OFF THE SHELF CONDITION - grab it here http://blitzrecords.bigcartel.com/
http://youtu.be/5uyLqq0iUD0
A Anti Police
B Teenage Adolescence
Demob formed in late 1978 by guitarist Terry Elcock and drummer Johnny Melfah, and they were soon joined by Mike Howes (vocals), Tony Wakefield (bass) and Chris Rush (guitar). Howes ex-army skinhead friend Andy Kanonik soon joined, also on vocals.[1] It was this line-up that first rehearsed and played the first gigs in and around Gloucester, the Viking youth club becoming the main place of rehearsals and Tracy’s night club was the first venue that Demob played in 1978, and became the local night club hangout for all the band and punks at that time. Elcock had previous experience on guitar as a member of a church band. Demob’s first big break came in the summer of 1979 when they fooled the authorities into letting them have a place in the Gloucester annual carnival parade. The ever increasing support for the band resulted in a mass riot between the punks and the bikers and, ultimately, the suspension of the carnival. The riot made national press and attracted the interest of the local record label, Round Ear Records. In 1980, Howes was sacked from the band, and Kanonik was imprisoned for three months, leaving the band without a singer. The band had just recruited Mark “Miff” Smith to replace Rush, and he took over the role of singer, with Paul “Fatty” Price also replacing Wakefield on bass. Smith soon become an integral part, arranging and organizing gigs. With the line-up now comprising Mark Smith (vocals), Terry Elcock (guitar), Paul Price & Barry Philips (bass guitar), and Johnny Melfah (drums), the band worked on their first recordings. “Anti-Police” was Demob’s first release on the independent Round Ear Records, the record supported by the late John Peel, and journalist Garry Bushell. The record spent over two months in the UK Indie Chart, peaking at number 34.
On the back of the success of “Anti-Police”, Demob supported many acts around the punk circuit at this time, including U2, UK Subs, The Angelic Upstarts, Discharge and The Beat. Most performances ended with a police presence and inevitable violence with their notorious hardcore followers, the Demob Riot Squad. The band’s mult-racial line-up sometimes attracted hostility from Nazi skinheads who attended their gigs, and the band would play several concerts in aid of the Anti-Nazi League. A second single, “No Room For You” quickly followed to add to the success, but unfortunately, like so many punk acts of the era, musical differences soon developed amongst the line up and Demob split to pursue other musical avenues in 1983.

Posted by Blitzrecords at 03:56 No comments:

Disrupters – Shelters For The Rich - 7". 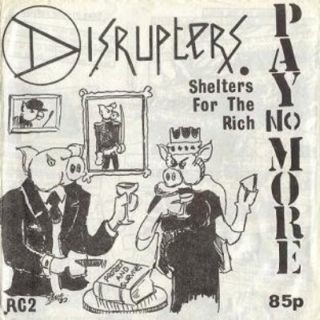 
http://youtu.be/_JS1frUA51w
Anarchist punk band from Norwich, UK. Formed in late 1980, the band got off to an early start with a demo of Napalm being released by Crass Records on the Bullshit Detector compilation. 1981 saw the recording and release of the first single, Young Offender, on the band's own label, Radical Change Records. This was a surprise hit in the indie charts and far outsold all expectations. The track Young Offender also appeared on Punk & Disorderly compilation.
By 1983 the band had a settled lineup of Steve, Kev, Paul & Steve. The band were believers of direct action, which led to various arrests and court cases. They were also very active in their support of other bands, with releases by Destructors, Icon AD, Revulsion & Self Abuse on the band's label, as well as organising gigs. The band split in 1988, disallusioned with the growing divides within the scene. Kevin went on to form Saigon Kiss. Steve Hansell was vocalist in New York Scum Haters. In recent years there has been a DVD "Anarchy, Peace & Chips" released and also the anthology CD "Gas the Punx". There are murmers from The Disrupters camp that there may be a reform of the band.
Posted by Blitzrecords at 02:25 No comments: 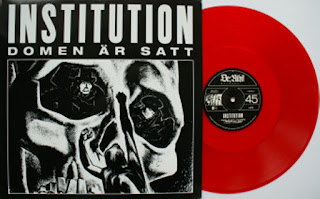 
Fine Swedish hardcore blended with crust - Check out their very first gighttp://youtu.be/pDw9iAAU5Oo
The band that did one of the three best records of 2012 - I shouldn't have to go on about how much you need this. Quality all the way! Members of Totalitär, Meanwhile and Herätys doing what they do best!
"Do you know what you get when you put people who's been in bands such as Totalitär, Meanwhile and Herätys in the same studio for a while? One of the best records of the last 12 months! Maybe even one of the best to ever come out of Sweden!? Maybe even the world!? Ok, I'm getting a bit too excited here - but that's how fucking good this is. Anyone who misses any, or all, of those bands listed earlier needs this - many thanx to 'Not Enough'
A1 Domen Är Satt
A2 Falskspel
A3 Krossar Dig
A4 Kaos
A5 Ratad
A6 Utstängd
B1 Helvetet På Jorden
B2 Hat
B3 Dårarnas Paradis
B4 Svart/Vitt
B5 Omänskligt
B6 Visiterad
B7 Vill Bort
Posted by Blitzrecords at 05:45 No comments: 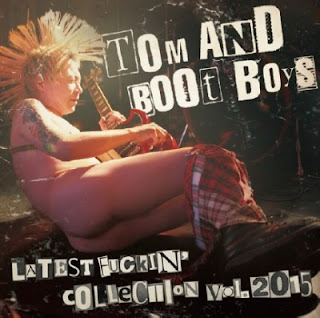 THE LAST SURVIVORS - NO REGULATION - CD. 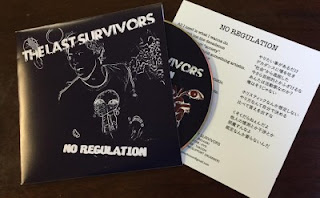 THE LAST SURVIVORS / NO REGULATION - CD.
IN STOCK NOW - superb stuff, I just love this, highly recommended.- limited to 300 copies only - grab yourself a gem athttps://blitzrecords.bigcartel.com 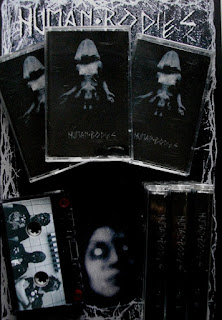 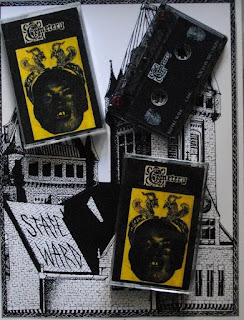 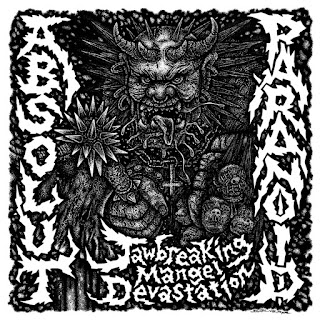 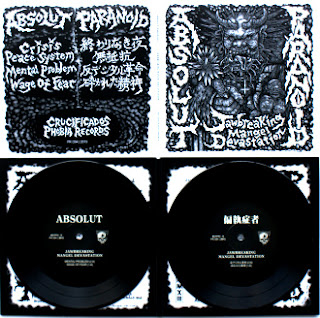 
D-beat / noise / punk release of the year! Great mixing/mastering by Kenko at Communichaos of 偏執症者(Paranoid) side, and brilliant art by Sugi! European version of split with two top d-beat / crust bands. Absolut from Canada, raw noise / d-beat punk heavily influenced by Japan noise punk school like Confuse / Framtid. After their two full albums they are here with this piece of wax. Dis dis dis punk! Second seveninch is occupied by swedish monsters Paranoid. If you like Framtid / Disclose you can´t miss the target. With current and ex-members from bands like Warvictims, Desperat or Brottskod 11. Issued in luxury double EP gatefold packaging with awesome Sugi´s artwork! Take it or leave it.
Posted by Blitzrecords at 04:46 No comments: 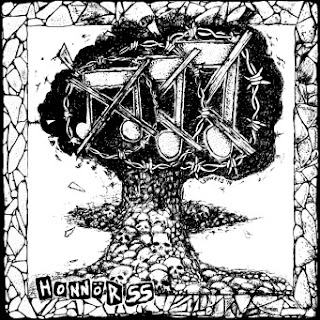 Honnör SS - D-Noise Anthem - 7" EP.
IN STOCK NOW - very limited stock available - LIMITED TO 500 COPIES ONLY. - grab yourself a copy at https://blitzrecords.bigcartel.com
Will be the last releases they will do as Honnör SS,
they are NOT GONNA STOP PLAYING, but simply changing the band name for a bunch of different reasons.

However, they will not go official with the new band name yet.
Honnör SS- D-Noise Anthem EP - Swedish Kängpunk noise.

Posted by Blitzrecords at 09:04 No comments: 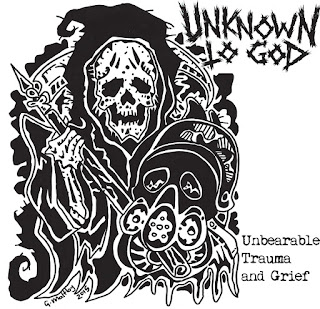 Unknown to God - Unbearable Trauma and Grief - 7" EP.
IN STOCK NOW - very limited stock available - LIMITED TO 300 COPIES ONLY. - grab yourself a copy at https://blitzrecords.bigcartel.com