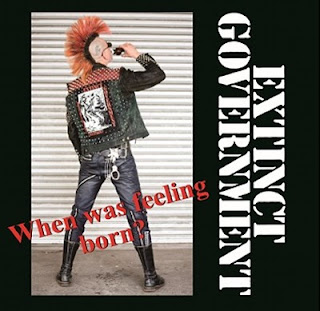 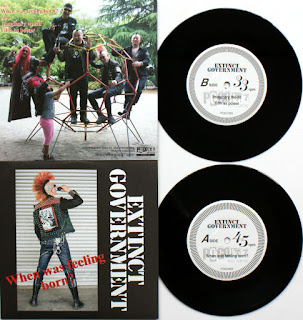 EXTINCT GOVERNMENT - WHEN WAS FEELING BORN? - 7" Japan.
PRE-ORDER - ships from Japan 16/7/2016 - Limited to 500 copies only - 3 song ep with inner lyric sheet - will have very limited stock on this one - SPECIAL PRE-ORDER PRICE at https://blitzrecords.bigcartel.com
EXTINCT GOVERNMENT new 7" is their first since 2013. EXTINCT GOVERNMENT have played HARDCORE PUNK for 24 years, side A includes a typical EXTINCT GOVERNMENT melodic hardcore sound. Of side B's 2 songs one is again their type of EXTINCT GOVERNMENT sound the other more of the early EXTINCT GOVERNMENT, very fast and hardcore. Ricky(vocal) is also bass in ASUKA AND THE BUM SERVANTS and ex.TOM AND BOOT BOYS.


https://youtu.be/7UvAke7gZlk
When Was Feeling Born
Imaginary World
Filth As Power
Posted by Blitzrecords at 02:16 No comments: