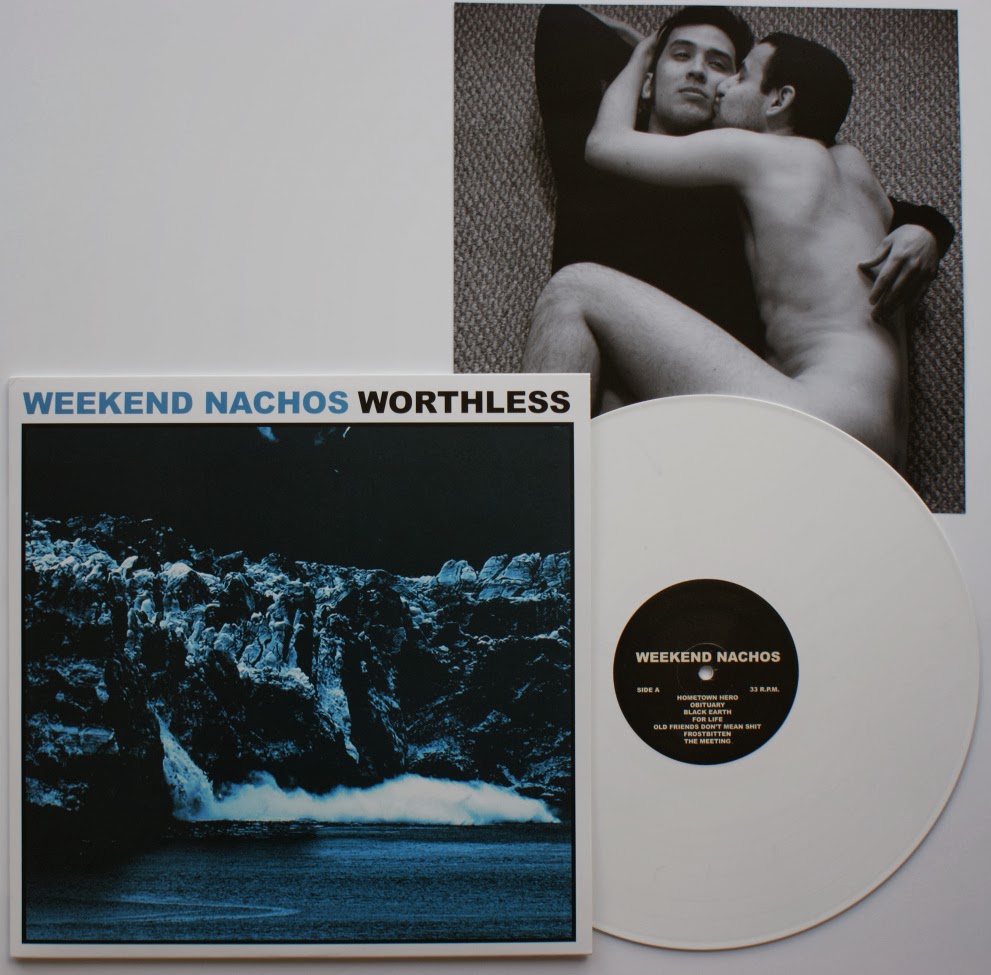 The most vitriolic hardcore album of the new millenium. Weekend Nachos are here to punish and destroy!
Weekend Nachos is all about their catchiness, their awesome groove parts, and their harsh vocals. There's no arguing with their unique blend of powerviolence, grindcore, and hardcore.
Hoffmann is able to masterfully twist his quick-fire vocal attacks into a twisted and frustrated viewpoint of agonizing bliss for the listener.
The guitar distortion tone works excellently throughout the album to produce a truly vicious tone and generates the desolating feedback in the album’s self-titled instrumental track. The riffing throughout the album is very consistent in being able to switch, very quickly. Take for instance the blasting intro of ‘Old Friends Don’t Mean Shit’, stopped for just a moment ten seconds in to a series of well structured chords carried along by the drums.
Bass stays somewhat hidden for some songs, as the guitar does its fair part of clouding it throughout the album – particularly with the break-neck drum speed. But give the album a few plays through and you’ll know that a great level the bass truly gives to the guitar work – adding a significant layer to the musical assault. The tone it carries reminds me of true grind, a very rough and edged sound that goes very well with the music. In the particularly dissonant moments of this album; the grooving riffs of ‘Jock Powerviolence’ or entirely throughout the instrumental ‘Worthless’; the bass acts as a clear guide for the rest of the instruments.
All the while, the drums pick up a great, ‘run around and mosh’ pace to accompany the other instruments. Variations of fast paced d-beats and incredibly well timed snare blasts make the metal influence evident on the drums. The drums really do carry a large part of this album; cymbal speed is fantastic and all incredibly well timed and his ability to switch styles is also incredibly impressive (as shown in ‘For Life’ by the ambient to two-step beat transition). The drums give a significantly frantic feel to the songs by supplying what literally feels like anger, mirrored by John Hoffman’s vocals.
Whether or not you like Powerviolence or have even heard of it, pick up a copy of Worthless. From the explosive opening chords of ‘Hometown Hero’ like a pack of C4 exploding to the utter desolation in the final and completely crushing ending of ‘Future’; this album is one hell of a ride, and a completely acceptable form of anger management. - thanx to http://www.metal-archives.com/reviews/Weekend_Nachos/Worthless/307190/
A1 Hometown Hero,A2 Obituary,A3 For Life,A4 Old Friends Don't Mean Shit,A5 Frostbitten,A6 The Meeting,A7 Worthless
,B1 Friendship,B2 Jock Powerviolence,B3 The Fine Art Of Bullshit,B4 Dubviolence,B5 You Could Exist Tomorrow,B6 Future.