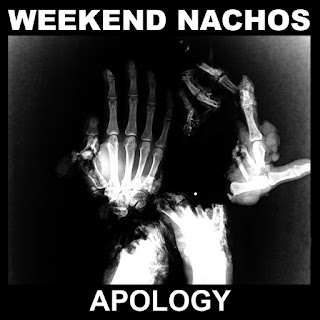 Weekend Nachos - Apology - LP ltd clear vinyl with booklet.
PRE-ORDER - WILL BE HERE SOON.
Weekend Nachos are calling it a day, this is their final album - Bob has put together a very limited edition on clear vinyl with 16 page booklet - THEIR FINAL AND BEST - grab a copy here, already going fast -https://blitzrecords.bigcartel.com