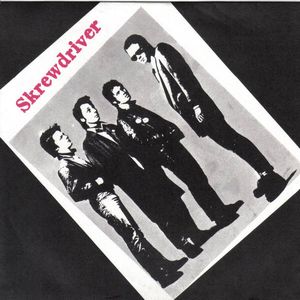 Original copy - Chiswick Records ‎– NS 18 - I bought this in the week of release, never played it! Vinyl is perfect, the cover is also in great shape.
Formed in 1977 as a non-political UK punk band, who at their label's urging became skinheads during the second wave of skinheads in England. Skrewdriver became known for attracting violence at their shows and none of their Chiswick releases did very well in the UK charts. They broke up in 1979.
Posted by Blitzrecords at 17:34 No comments: