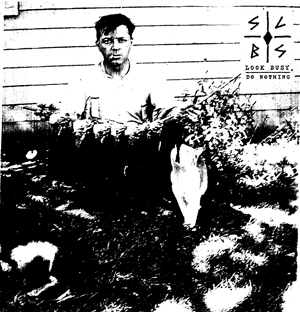 Hardly spoken of and rather elusive (NOT MYSTERIOUS) is Montreal's SLOBS, not 'The Slobs' like the KBD band but just SLOBS. This band keeps a low profile probably intentionally out of not giving a damn and their demo made some rounds but seemed to only make it into the hands of well researched demo collectors. Said demo was somehow pressed on vinyl in a very small press in early 2010 by a local Montreal label and I don't see it around much anymore. This is their debut EP and if you didn't know the band they play a rowdy style of east coast hardcore punk that's ready for you to skank & bedroom mosh to. When I first heard the demo in 2009 I immediately thought of stuff like CFD era Necros meets early NYHC injected with a real dose of PUNK and it totally stomped my nuts. This debut EP is more of that same greatness but maybe add in some grittier elements like Nihilistics, make it more tough & make it a little faster & more punk. And yet, they still sound so distinctly Canadian and I mean that in the best way. Boasts members of the lovely OMEGAS for those sorts of people who buy records based off that unimportant 'members of' crap. 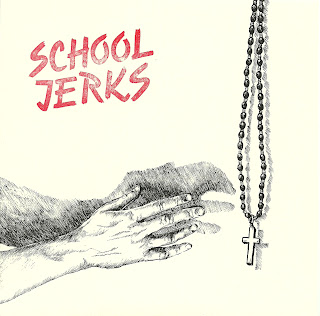 SCHOOL JERKS - Control EP. The 3rd 7'' by Toronto's finest. Regulars should know how much I love this band, so I won't get into it. On this their 3rd record, the band brings you their best tracks to date! These 6 tracks still follow the same path as the other 2 records of 1980'81 influenced punk rock that's fence riding hardcore (with so subtle rock influence), but if you ask me the band has an even grittier influence to it this time from Solger to early PI flowing thru the riffs. Of course Black Flag whether they like it or not remains a comparison note and plus on this one you can actually make out some of Luke's vocals on here. Mastered by Dan Randall for maximum effect making it their finest effort to date. 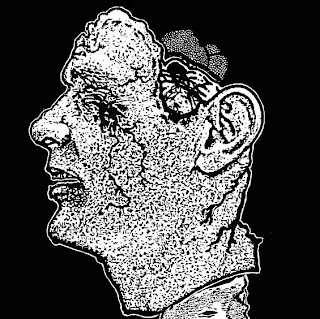 "Weird Tales" is the second record from bizarre Bay Area punk group Migraine. The A-side continues from where the first one ended in that No Comment meets United Mutation way but the B-side ventures more into a chaotic blend of Slices, Swans and black metal style hardcore. Art done by Dan of Cult Ritual, not unlike the current Youth Attack bands.
TRACK LISTING:
1. Pemonitions 2. Visions 3. Feast Or Famine 4. The Occurence 5. Recurring Nightmare 6. Encroaching Darkness


Posted by Blitzrecords at 15:50 No comments: 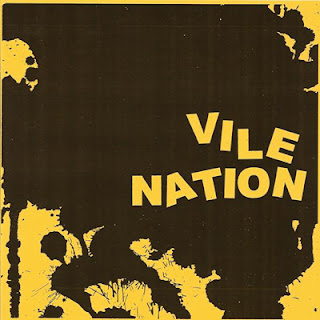 VILE NATION - No Exit - 7" ltd white vinyl. Such an excellent record, even 3 years later it just sounds classic! This is the debut EP from Memphis' TN own Vile Nation. Very mean, raw and ugly fast 'thrash' (before thrash was a dirty word) hardcore with a heavy dose of punk. One can't listen to this and not hear the 1st 7'' era of D.R.I, Neon Christ and Negative FX and bands of that same time frame and caliber being channeled here. Chris just spews the words out pissed n' fast and the band keeps up. Members of Life Trap & School Jerks play in this band as well. Words can't describe how utterly amazing this record is, its just great great great! These copies with a big center hole & on WHITE WAX.


Posted by Blitzrecords at 15:45 No comments: 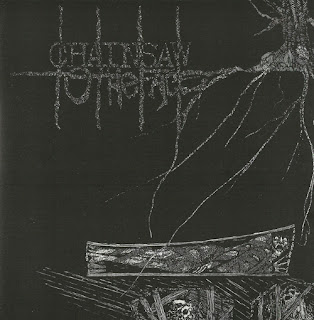 Long awaited debut EP from CTTF of New Jersey! More than a few things kept this sucker from coming out for sometime but it finally sees the light of day! You may remember them from their early demos, split tapes or of course the split 10'' w Hummingbird of Death which are all fine and good recordings, but they really need to be heard on this record. Harsh, brutal and hate filled east coast grind-violence from these straight edge guys. Violent lyrics & imagery remains the usual theme for this band on this EP (like any of their past material) and its all done in a very non-gimmicky kind of way, which is refreshing. Recording is very punk and the sound is lo-fi,, which is perfect for a record like this. This style of harsh, real 'power violence' is NOT for everyone, so wimps and poseurs need not apply since this is for the real cult freaks. 19 songs in all on this EP, they're influenced by such greats as Plutocracy, Assuck, No Comment and Excruciating Terror who are all bands I'd say if you like and listen to, you should get this record. We have 1 color vinyl EXCLUSIVE to us and the band also has a color vinyl EXCLUSIVE to them. This isn't some collector scheme, it was done to help them sell their records locally and make that color an 'east coast' exclusive. 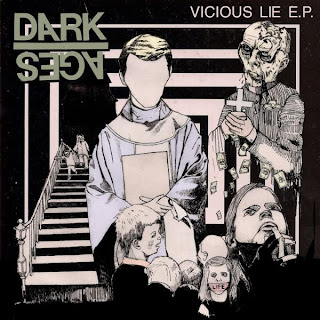 The great debut EP from Kansas City's Dark Ages! Continuing from where their killer 4 song demo (which also saw a pressing on vinyl) left off, this picks it up from point A and yet cover new ground at the same time. Its progressed a little but not to the point where its evil to punks. Its like its more refined and the band knows which direction to take this musically. Lyrically it tackles similar angry topics as the demo did-being pro anti-religion, questioning politics (NOT preaching) and also a song about trying to not think of everything in a negative way, to be positive for a change. It's kind of like stuff you've heard before but really can't make comparisons to other bands with this record as they've developed a sound all their own &t its clearly midwestern. This is just Dark Ages and this is far from boring retread or mysterious HC/punk, comes w nice color covers. This PRESS on OPAQUE RED ORANGE. 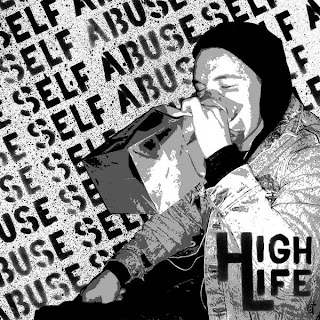 
Brand new 2nd EP from High Life. The band is now from all over the place from Illinois to Missouri to Texas, but the sound remains the same. Very angry still but this record is a lot louder and a little slower. The style of playing sort of off key and just sounding insane is replaced with a more controlled outburst of rage backed with excellent playing from the band. I really don't know how to define what they sound like now, its almost like later Poison Idea and Citizens Arrest being filtered through Zen and the Art era 9 Shocks Terror. 4 songs of hateful, drug induced hardcore punk. This one literally kills the 1st record.


Posted by Blitzrecords at 15:31 No comments: