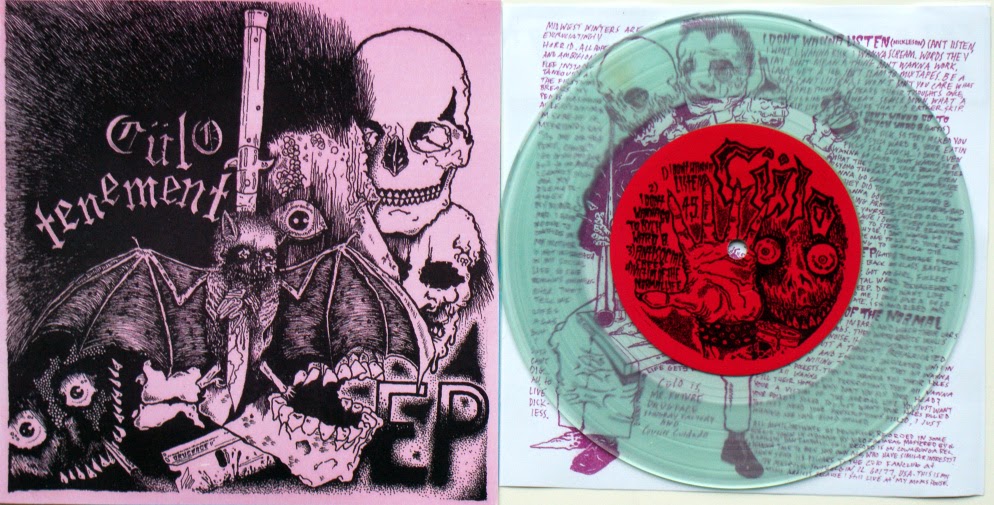 Pretty sad deal on the high cost, but since its a small repress and due to a few other things such as new covers and the plant's set up fees, the record wasn't cheap to redo. But you know what? I bet this $ amount still beats paying what I heard some people were paying to get this record on just black wax! This has been OOP basically since the week it originally came out, so due to constant questioning by distributors and the fact both bands play songs from it in their live set still to date, I am redoing 200 more of the record to appease the masses. I wish it could've been more but per both band's request was to keep it small so we're lucky even a few more shall be born. ALL copies are on COKE BOTTLE CLEAR too, enjoy - Nick Sick - Cowabunga Records
A1 Tenement – Your Life Or Mine
A2 Tenement – Violent Outlet
B1 Cülo – I Don't Wanna Listen
B2 Cülo – I Don't Wanna Go To Psych Ward B
B3 Cülo – Antisocial Creep