In a few short years, Ben Cook has carved out a sweet little niche for himself under the moniker "YOUNG GOVERNOR." The Guv's stamp is pretty much everywhere you look these days: he writes, he records, he slings wax as a budding record label mogul, and he still finds time to rock the guitar in FUCKED UP. Last year, he even landed a part in some teen idol flick, playing drums opposite Nick Jonas, and lived to write a song about it for his agent. Word is, the Guv is taking it to the stage in 2011 with a full band. No ETA yet, but we'll all be paying attention for sure. This single marks our fourth dance with Ben and it's a real corker. "Firing Squad" was on its way to a super-indie when we rescued it, while "25 With a Bullet" appears here in its third--and best, we think--form. Limited to 600 copies, black vinyl. 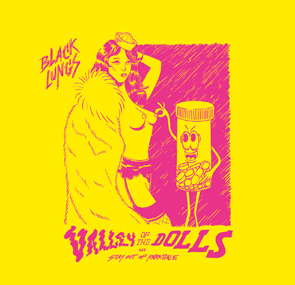 2 new songs from Wade MacNeil of Alexisonfire fame. Sounds nothing like his debut album on Dine Alone or Alexsonfire which will please some and disappoint others. A real catchy punk sound with a good doze of aggro. Recorded by sir Jonah Falcon of Career Suicide and Fucked Up fame.


Posted by Blitzrecords at 15:49 No comments: 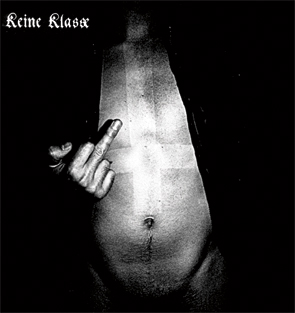 Limited to 500 copies on WHITE vinyl Q: What do you get when you combine bad relationships, growing up in the bible belt, undying teenage angst and filter it through a complete lack of discretion, while on the brink of a nervous breakdown? A: Ten and a half tracks of foot stomping, knuckle dragging, Midwest hardcore, entirely apathetic to your personal feelings...No. Fucking. Class.

Words To Live By
Shut Me Up/Shut You Out
Tired,Bored,Angry,Violent
Calling You Out
Step Back Revisited/Finest Hour
The Queen
Power Plan
Crossed Wires
Outro/Hate Crime


Posted by Blitzrecords at 15:43 No comments: 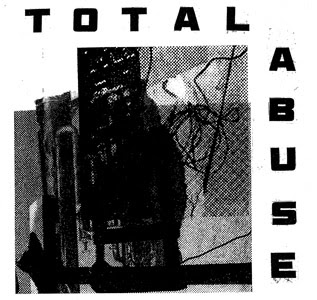 
Limited purple vinyl. The highly anticipated self-titled album from TOTAL ABUSE is a monster hardcore punk classic. A recent feature in Skyscraper magazine described the album as follow: ‘Total Abuse's pungent blend of eighties thrash, grinding proto-grunge, and waves of both the new and no variety, distills every extreme punk subgenre of the last 30 years into a 25 minute barrage of shearing guitar noise and sonic annihilation.’


Posted by Blitzrecords at 15:34 No comments: 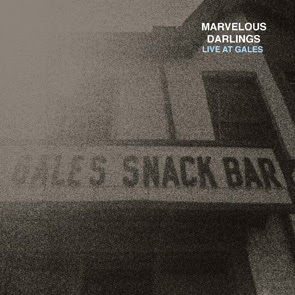 Live recording with the original line-up featuring Matty. Excellent sound quality and great live energy captured on this limited vinyl pressing of 500 copies. It features 9 songs including their stand out their gems Teenage Targets, I don’t wanna go to the party, and Careerist. Yes its true, Ben also plays in FUCKED UP.


Posted by Blitzrecords at 15:20 No comments: 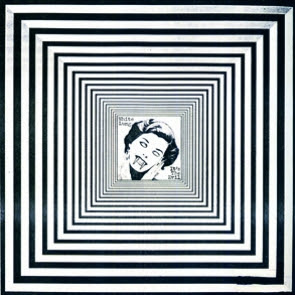 Limited WHITE vinyl After 3 critically acclaimed 7”s (two of which on DERANGED) and a slight line up change, Vancouver’s WHITE LUNG deliver one fantastic debut album. Mix the punk venom of some of the more notorious riot grrrl bands of the 90’s with the guitar noodling and tempo of UK post punk by way of John Reis and you get something pretty close to WHITE LUNG.


Posted by Blitzrecords at 15:15 No comments: 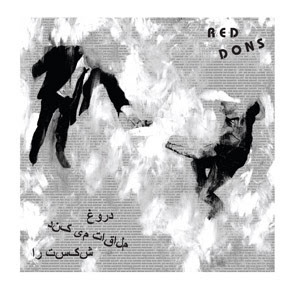 LTD GREEN VINYL - The '00s or whatever you wanna call the last decade is over, and the results are in. Honorable independent publications and the ever growing "blogosphere" outdid themselves with Top 5, Top 10, and Top 100 lists of records that were issued in the last ten years. A common find among these lists was the seminal SO WHAT'S LEFT NOW? LP by Portland, Oregon's THE OBSERVERS released on VINYL WARNING in 2004. The dawn of a new decade is upon us and Doug Burns (Lead singer/songwriter/artist of THE OBSERVERS) has a new band, the RED DONS, featuring Daniel Hajji Husayn, Richard Joachim Preinesberger, and a rotating cast of characters including Justin Maurer (Clorox Girls), Will Kinser (Born/Dead), Zack Brooks (Soda Pop Kids), and Andy Foote (The Physical Challenge). Named after a group of Cambridge professors that operated as spies for the Soviet Union in WW2, the RED DONS continue where the OBSERVERS left off with added elements of Arabic themes in both the artwork and sound. After the much lauded release of their debut album and successfully touring the US, Canada, Europe, and Brazil, the RED DONS entered a Portland studio to record ten new tracks. On this new album FAKE MEETS FAILURE (DERANGED RECORDS / TAKEN BY SURPRISE RECORDS), the band successfully develops their unique style even further. Coded lyrics about vagabond characters moving back and forth between the lines of the current climate of fear and suspicion that has been brought upon the USA by the war on terror. Again, consistent songwriting and a great production make this record stand out among the current competition. Combining TSOL-like vocals, SoCal punk rage, and the defiant melancholy of Pacific Northwesterners like the WIPERS this powerful release rises above the stack of contemporaries that take on the early 80s punk sound. No retro fashion hype, no flavor of the month. When this year turns, be sure to find this LP in the leading spots of Top 5, Top 10 and Top 100 lists of 2010. Though members are now scattered across the globe, the RED DONS will tour the USA in July 2010 and set sail for Europe in the spring of 2010. So What's Left Now? A hell of an aftermath to follow...one hell of a followup record, and one great, fierce force of a touring machine known as RED DONS .


Posted by Blitzrecords at 15:11 No comments: 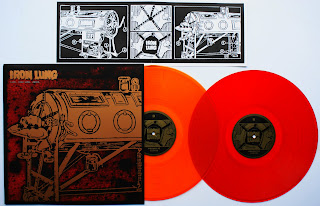 LIMITED TO 373 COPIES ON RED VINYL - 353 COPIES ON YELLOW VINYL
A Re-press of the 2004 Debut LP
by the Reno, Nevada- San Francisco Bay Area- Seattle, Washington Power violence Duo IRON LUNG. Twenty one tracks of pure brutality -stop-start-blast-grind-stop madness. Sold out on Vinyl for a few years, Prank and 625 Thrash have collaborated on this new repress - for the first time on colored vinyl with a slightly altered cover ( a different color Metallic ink and labels than the original press). Pressed from the original Plates. Since this albums release, IRON LUNG have toured relentlessly around the US, Europe, UK, Australia, hitting spots as diverse as Iceland and Hawaii. They are currently working on a collaboration with RUNNING FOR COVER bassist David Bailey, writing a follow up LP to 2008's "SEXLESS// NO SEX" and preparing for a 2011 tour of Australia, South East Asia and Japan. Drummer Jensen previous was in VAE VICTUS, ARTIMUS PYLE, COLD SWEAT and is currently in SOCIETY NVRSE and WALLS. Guitarrist Jon was in GOB and also is currently in PIG HEART TRANSPLANT.
A1 Diagnosis
A2 Condemned
A3 Shingles
A4 One Cure For Two Diseases
A5 Cauterization
A6 Paralyzed Words
A7 Manufactured
A8 Care For The Machine
A9 A Grim Possibility For Owen Moses
A10 Life. Iron Lung. Death.
A11 Primal Therapy Pt. 3
B1 Rate Of Respiration
B2 Life's Worth
B3 Cleansing Breath
B4 Stricken
B5 Complications
B6 Jarvik 7
B7 Focal Segmental Glomerular Sclerosis
B8 Thankful
B9 ...As Technology Advances
B10 Sound Of Cold 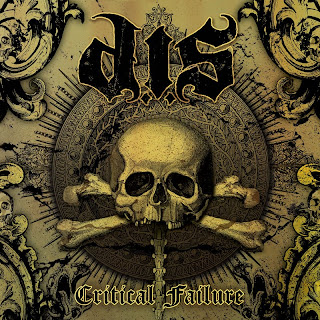 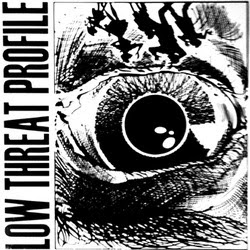 
HARDCORE. After their highly acclaimed 7" here's the next punch of 15 tracks of straight forward hardcore with members from NO COMMENT, INFEST, LACK OF INTEREST. The songs got recorded way back in 2000, and the vocals in 2010.


Posted by Blitzrecords at 16:14 No comments: 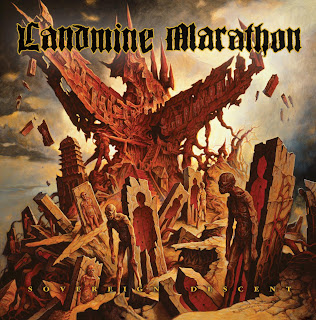 After witnessing Landmine Marathon absolutely destroy at the Los Angeles Murder Fest in 2009, we had no choice but to put this release out on vinyl.

Originally released on CD through Prosthetic Records, we needed to bring this out on the format that matters most to us here at Deep Six.

A grinding, and even at times, sludging masterpiece of mayhem ! 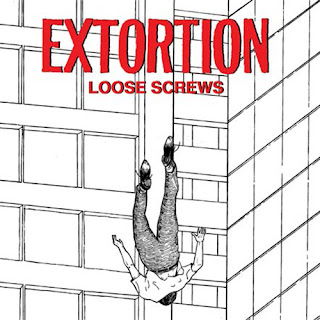 
Posted by Blitzrecords at 15:47 No comments: 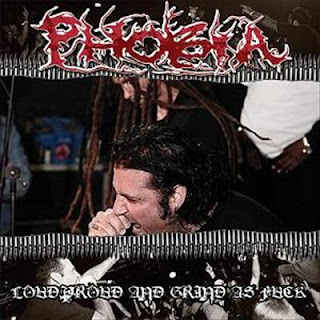 PHOBIA - LOUD PROUD AND GRIND AS FUCK - LIVE LTD RED VINYL LP WITH POSTER
Tracks
Selfishminds/Sick Life/Fuck What You Think/Death to False Punks/Beer Break/Beer Bitches and Bullet Belts/Cruel/Rise Up/Drucken Spree of Violence/Conterst to Amend/Lets Get Pissed/Your Turn Next/Anarchist Farce/Viscious Social Order.
Recorded live: september 13th Reggies Rock Club, Chicargo 2008.
Formed in Orange County California in 1990, Phobia has been punishing ears with their murderous sociopolitical grinding noise assault for a full decade.
Dealing out their savage combination of the energy and ideals of hardcore punk mixing it with the power and brutality of early grind.


Posted by Blitzrecords at 17:16 No comments: 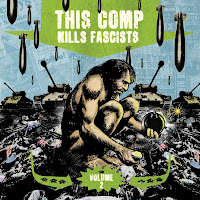 
Posted by Blitzrecords at 10:52 No comments:

Ed Nasty And The Dopeds - I'm Gonna Be Everything 7" KBD 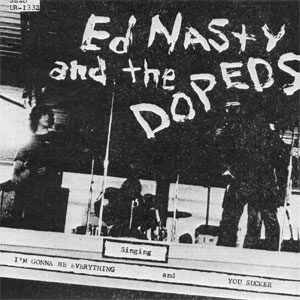 ED NASTY AND THE DOPEDS - I'm Gonna Be Everthing 7" KBD


Posted by Blitzrecords at 10:17 No comments: