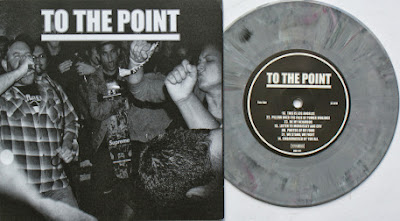 ACXDC / To The Point EP  limited transitional copies on GREY marble vinyl
Available at   https://blitzrecords.bigcartel.com
just in at long last - very limited copies as always with TTP - no wholesale again, so same price as their previous releases - cost you $22 to get a copy direct, that's the score now buying from the USA

I'm sure you've all heard of To The Point by now; the unstoppable group comprised of members of Actuary, Fetus Eaters, Lack Of Interest and Spazz. Caveman powerviolence. The musicianship here is tighter than a nuns nether regions, and the songs are crafted just  how you would expect seasoned veterans of this style to make them; perfectly. I just love hearing Bob bash the shit out of a drum kit. Dude really blasts like no other, he definitely has captured a sound that is uniquely his own, with the very dry drum tone and super hard attack. It's also great to hear Chris Dodge, Caveman almighty, front a band again. Again, very early Lack Of Interest style vocals; gruff, low, and kind of cheesy.

ACxDC stands for Antichrist Demoncore. The band was founded in 2003 by Sergio, Pablo, Jeff, and JC. Within 2 years of playing together they released the Jack Trippin’ Demo, He Had it Comin’ 7”, and had 2 tracks on the Signs Of An Impending Doom Compilation. They quickly made their mark in the power violence/grindcore scene by playing tons of wild shows all over Southern California. By 2005 the band had called it quits, but in the summer of 2006 they decided to have a reunion show with all original members for one night only. Since then most of them went their separate ways and started working on other bands and projects. After years of talk between Sergio and Jose from Shoes Of Cement (formerly Hitem Where It Hurts) they decided to bring ACxDC back. They played a comeback show in 2010 with the two new members Bobby and Jose at the Workmens Circle in Los Angeles, California. Pablo and Bobby recently left the band and ACxDC recruited Jorge from Asshole Assassination Squad/Ruptures to play drums. The line up now consists of Sergio, Jeff, Jose, and Jorge. So look forward to new shows, new songs, and new records.
Posted by Blitzrecords at 06:35 No comments: 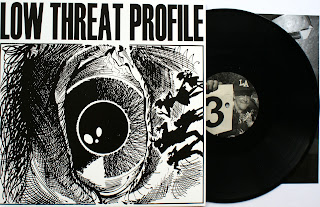 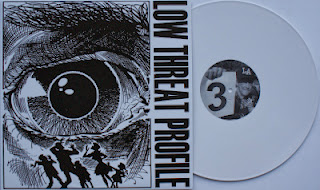 The first full-length from Los Angeles, CA's Low Threat Profile features 15 tracks of blazing fast hardcore/powerviolence played by Bob from Lack Of Interest, Mike from No Comment and Infest and Andy of No Comment, who all helped pioneer their scene.

TRACKLIST
This Fight's Not Over / Back To Basics / Flesh Blood Bone / My Only Friends / Part Of Society / Cross My Heart / There Once Was A Time / Product #2 / Plastic Town / Just Can't Win / Two Steps Back / Foiled Fortune / Happy Moments / A Calm Within / My One And Only
https://blitzrecords.bigcartel.com
Posted by Blitzrecords at 13:48 No comments: 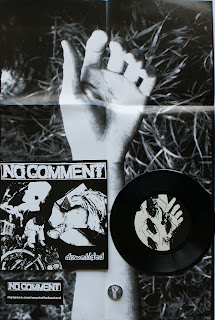 No Comment - Downsided EP - 7"  black vinyl in poster sleeve.
Includes free 'Downsided' button badge.
On Deepsix eleven short bursts of anger in seven minutes equipped with some of the best drumming you will ever hear. If you are at all interested in Powerviolence, west coast hardcore of the early 90s, Slap-a-Ham records, or just punk in general, you need to hear Downsided. This 7" is the best Powerviolence release. Period. I dare you to try and find a better hardcore record from this era - thanx to icoulddietommorow.
1. Dead Stare for Life 2. Past Tense 3. Sarcastics 4. Distant 5. Hurt 6. Hacked to Chunks 7. Lament 8. Soiled by Hate 9. Downsided 10. Push Down & Turn 11. Curtains
http://blitzrecords.bigcartel.com/
Posted by Blitzrecords at 10:17 No comments: 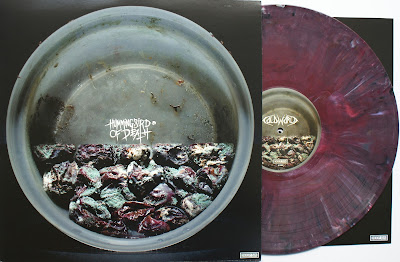