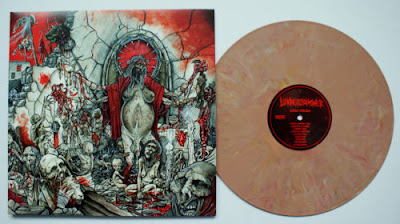 The second full length, killer Spanish grind in the old school vein full of pissed off riffs. Amazing artwork! A true testament to what grindcore should be. For Fans of Napalm Death, Terrorizer, and Brutal Truth. The album includes 16 brand new tracks as well as a cover of FEAR OF GOD’s “Running Through The Blood”. Eterno Treblinka, which shares a title with the Charles Patterson book about animal rights. Pre-order limited wax 100 press. 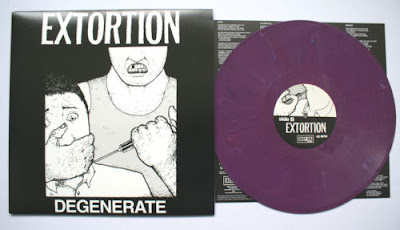 Extortion is a Hardcore Punk band from Perth, Western Australia. I absolutely love the vocals. if you like bands like Siege, Infest, Crossed Out, Negative fx, Poison Idea, Nailed Down, Dwarves, No Comment, then this band is for you. 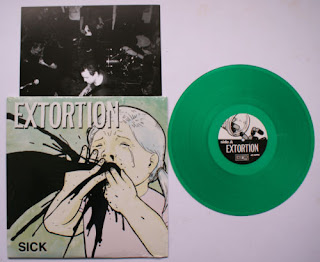 Extortion- Sick! LP - mailorder only of 100 on green vinyl

Do you fancy powerful tunes? Do you like violent music? If the answer is YES, therefore you are a powerviolence hound! If so, these lads sure will appeal to you. Australia’s Extortion has got the idea of powerviolence pretty good- fast riffs, and even faster beats with a minimum of mid tempo or even slow parts. The only three slow songs are: Bedridden, Body failure and Rot (a teeth grinding instrumental), which are not to be doubted about their fuss and energy.

The matter of this very review is Extortion’s latest record, named SICK. And some sick album this is. An issue of Deep Six records, this purple vinyl features tracks in the vein of bands such as Infest, Lack Of Interest, Crossed Out, No Comment. The album cover is something that catches your attention right away- a suffering little girl with tears of pain in her eyes vomiting black fluid. Quite remarkable. The songs are conceptual and describe the slow and excruciating death of a person infected with the H5N1 virus. Each next song’s lyrics describe a different stage of the illness (Infection… Fever… Medication… Bedridden… Last Breath). What a ferocious idea, eh? So if you’re in the mood for a sweeping whirlwind of angry hardcore- get a hold of this record! 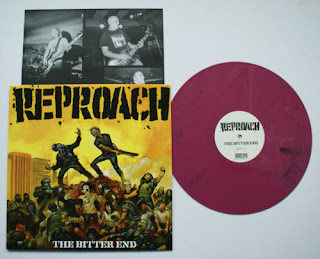 1.AND FOR WHAT 2.SCARE TACTICS 3.FROM BIRTH 4.DIG IT 5.GEEN GEVAAR VOOR VOLKSGEZONDHEID 6.ZOMBIE APOCALYPSE 7.CONSTANT PRESSURE 8.IT CAME FROM ABOVE 9.HOPELESS 10.KNEEL DOWN 11.BAILING OUT 12.IS THIS IT 13.BLEED FOR THE CAUSE 14.TSAR BOMBA
Brand new full length – these songs are fast and blistering! To the point fast hardcore / thrashcore! This even ties in some killer fastcore “melodies” that get the circle-pit moving faster then you could ever imagine! Pre-order wax 100 press Crew For Life is doing a CD version for all the Japanese thrashpunks out there!