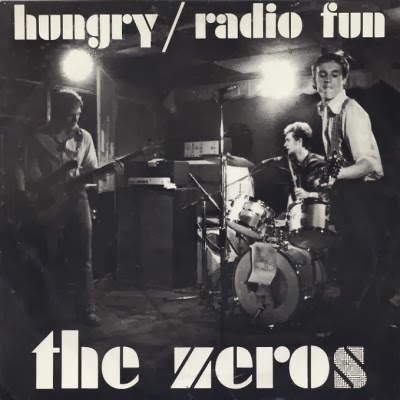 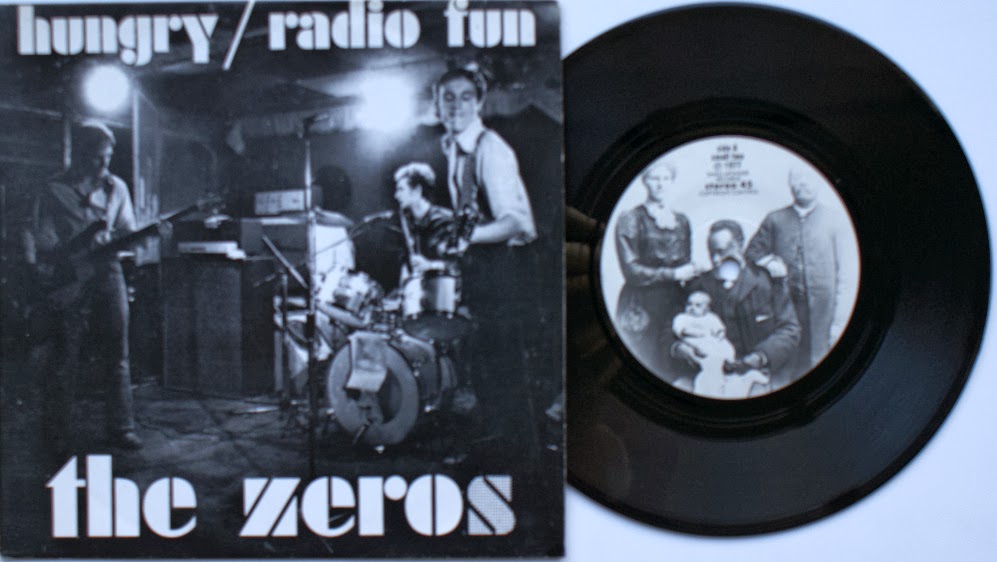 A Hungry
B Radio Fun

The Zeros, a UK punk band from Walthamstow were active between 1977/1979. The members were: Steve Godfrey bass - Phil Gaylor drums,voc - Steve Cotton guitar,voc.
They released a excellent single through Small Wonder Records called Hungry/Radio Fun, and the a split single by ROK records with ACTION REPLAY before split. 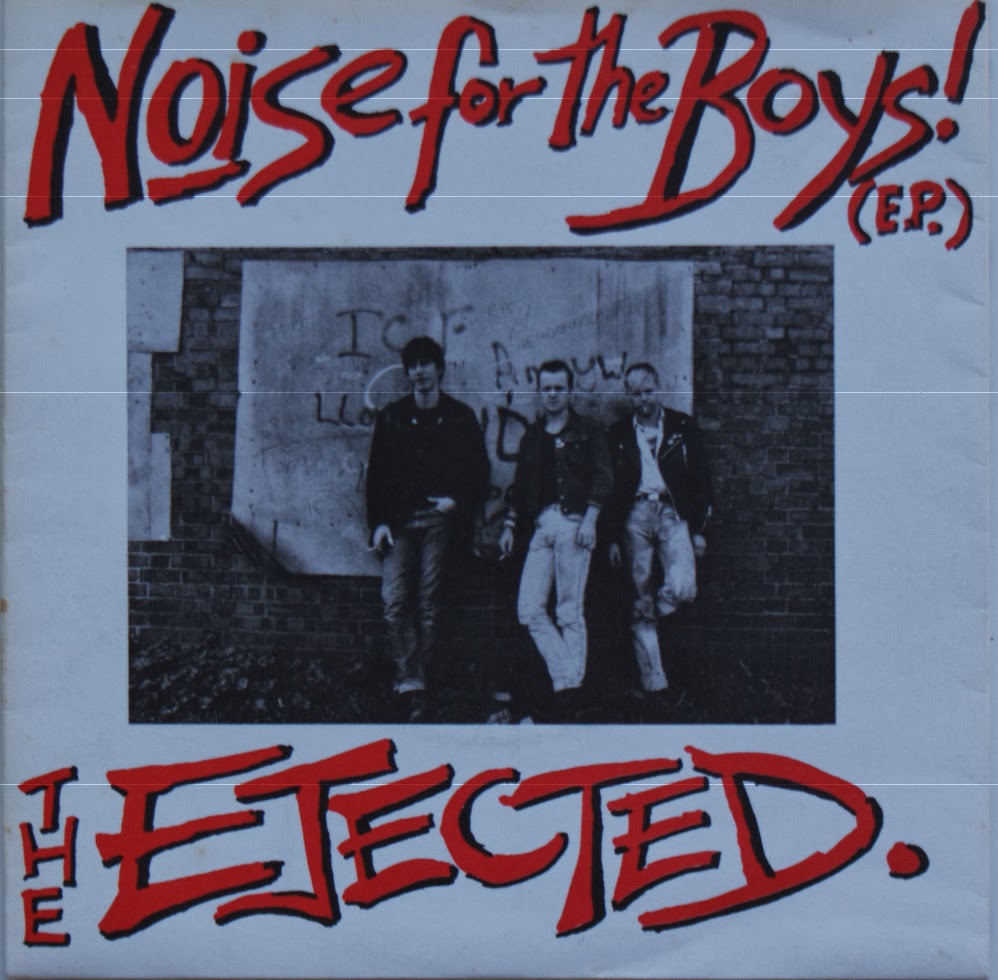 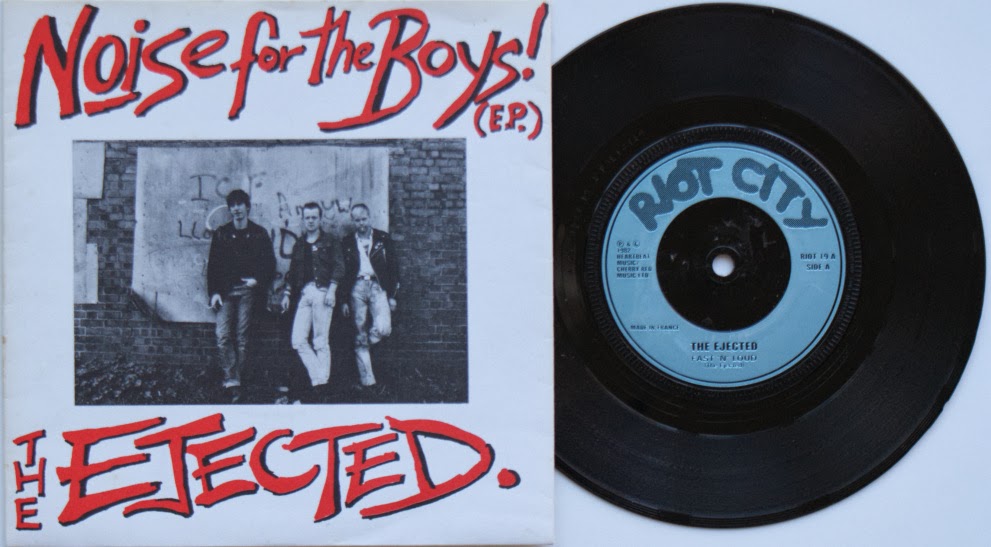 A Fast 'N' Loud
B1 I Don't Care
B2 What Happened In Brighton?

The Ejected were an English punk rock/oi! band from Dagenham, Essex, active between 1981 and 1983
The band was formed by ex-Dawn Patrol members Big Jim Brooks (vocals, guitar) and Gary Sandford (bass, vocals) (later replaced by Paul Quain), and drummer Mick ‘Sticks’ Robinson (later replaced by Paul Griffiths). They cited UK Subs, Cockney Rejects, Angelic Upstarts and The Clash as major influences. [2] Signing to the Riot City label, their first release was a contribution to the various artists compilation Carry On Oi. 1982 saw the release of the band’s debut EP Have You Got 10p, a song which once saw the band answered by a shower of 10p coins throughout their set. The EP reached number 8 in the UK Indie Chart, and saw the band receive a lot of press coverage, including an interview by Garry Bushell in Sounds. This was followed in 1983 by the Noise For The Boys EP, and debut album A Touch Of Class, which were less well received, the latter described by Punk Lives as “completely empty of any real substance”. The band’s Jim Brooks put their failure to achieve a large following down to their live performances, saying “We were awful!”. The band’s perceived right-wing nationalist tendencies saw them ignored by the majority of the music press.
superb unplayed condition - slight browning on cover edge
https://blitzrecords.bigcartel.com
Posted by Blitzrecords at 14:38 No comments: 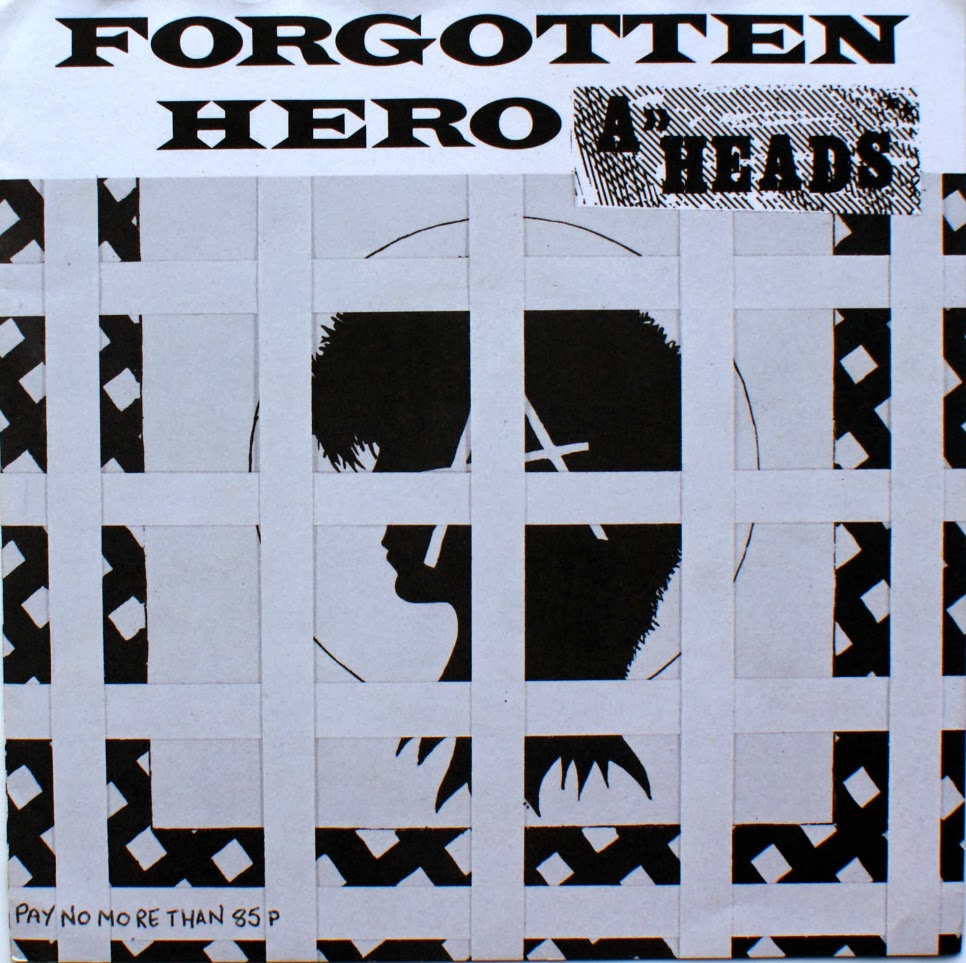 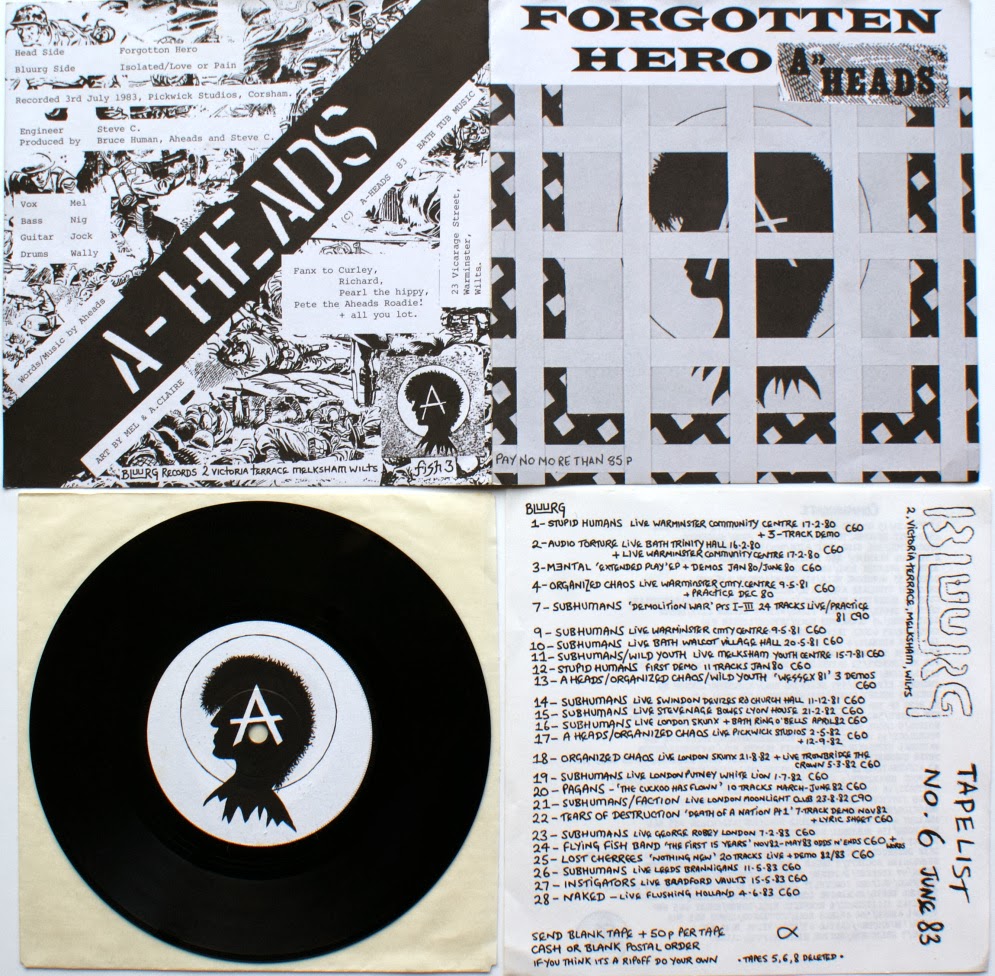 A Forgotten Hero
B1 Isolated
B2 Love Or Pain