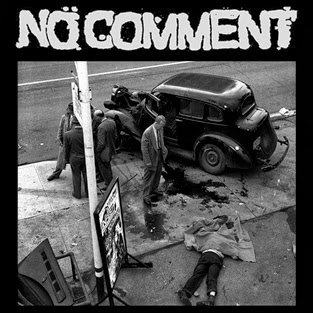 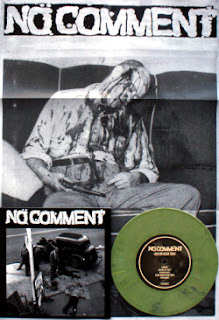 limited mailorder only on coloured vinyl
IN STOCK NOW
Long awaited live set recorded in 1992
Six-page fold out cover/poster
Featured future members of LOW THREAT PROFILE
NO COMMENT was power violence before you could spell power
violence!
Along with other powerviolence bands such as CROSSED OUT,
CAPITALIST CASUALTIES and MAN IS THE BASTARD, NO
COMMENT were influential in what was known to become the
“West Coast powerviolence” scene for their aggressive musical and
conceptual take on the hardcore punk genre. The band’s vocalist,
Andrew Beattie, confessed to liking both the metal and hardcore but
hating the typical big name crossover bands
Tracklist:
1. Dead Stare For Life
2. Past Tense
3. Sarcastics
4. Distant
5. Hurt
6. Hacked To Chunks
7. Lament
8. Soiled By Hate
9. Downsided
10. Push Down And Turn
11. Curtains
Available at      https://blitzrecords.bigcartel.com
Posted by Blitzrecords at 17:04 No comments: 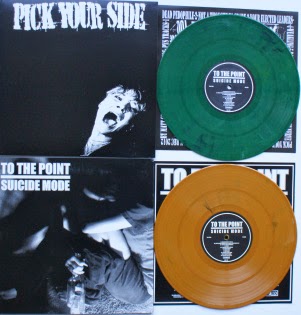 To The Point / Pick Your Sides 10" (500 only!)
400 ON GREEN VINYL AND 100 ON BROWN VINYL
If Cave State are the “breakout” band of 2013, then To The Point are “THE BAND” of 2013. Owning absolutely every release they’ve thrown at you since their conception, this compilation of songs can be downloaded for free at Chris Dodge’s (Slap a Ham godfather & To The Point vocalst caveman) blog.
This one contains various songs from all of their releases (including the split with Pick Your Side, one of the must listen records of the year in my opinion), sort of like a delicious hardcore appetizer platter before you sink your teeth into the vinyl (good luck finding it!). Every song this band creates is top notch. You know the story. TTP is sort of a “Lack of Interest 2.0″, but they’ve obliterated any misconceptions that this is going to be a formulaic cookie-cutter clone of a now legendary band. No, To The Point is it’s own monster & adds something desperately needed to hardcore: Spontaneity! You can never guess what they’re going to end up half way through any one of their songs. And then they do it. And no matter what path they choose the result is always something insanely pleasurable to hear at the end. Everyone in the band is literally “on point” when it comes to every aspect of the music. There are no weak links at all. But in my humble opinion, what separates this band from everyone else is the guitar playing. Things you would NEVER think to put in a hardcore song on top of a flawless foundation of bass and drums suddenly make complete sense. It’s meticulous, it always comes out of nowhere & it compliments everything else so perfectly that their sounds becomes instantly recognizable. The fact that they can achieve this all while never ignoring the basic fundamentals of fast music & what makes a great HC song truly great is a thing of beauty and harder than anyone is willing to admit. Being hardcore veterans, they have used their knowledge to basically transcend the genera without losing an ounce of the speed, brutality, wit or integrity that makes this type of music so pure and wonderful to begin with.
Dodgy Sounds -  GonzoKaraoke
Pick Your Side, a crushing hardcore band featuring Jeff Beckman(vocalist for Haymaker and guitarist for Left For Dead among other notable bands) and also featuring members of metal/grind stalwarts Fuck The Facts and The Endless Blockade. Furious hardcore with elements of several different styles being showcased throughout. There are faster straightforward hardcore/powerviolence songs that bring to mind the aforementioned singer's previous band Haymaker, a few more metallic/melodic songs with a crusty influence coming forward
To the Point issue more songs in the same style as the "Success in Failure" LP Pre order now 500 copies available total through mailorder
Available at    https://blitzrecords.bigcartel.com
Posted by Blitzrecords at 16:54 No comments: 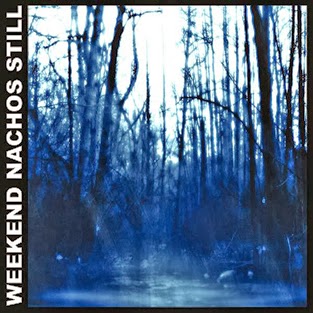 IN STOCK NOW
Weekend Nachos "Still" LP - limited to 100 mailorder only on clear wax
Weekend Nachos, the band you either love or hate, return with their 4th full-length album. On the "STILL" LP we see the band get even heavier while still finding ways to blend new influences into their unique mix of brutal hardcore. There is truly something for everything on this album. 12 new tracks of hatred that are sure to prove why Weekend Nachos haven't stopped antagonizing the hardcore scene.
Available at   https://blitzrecords.bigcartel.com
Posted by Blitzrecords at 15:51 No comments: 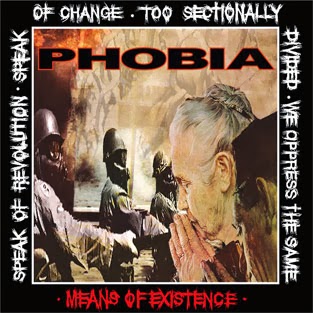 Posted by Blitzrecords at 15:41 No comments: 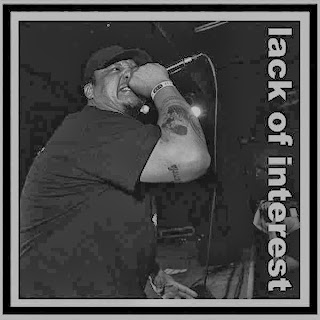 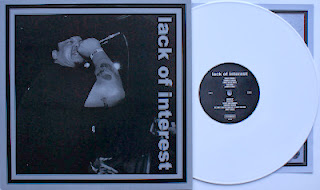 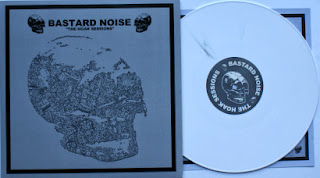 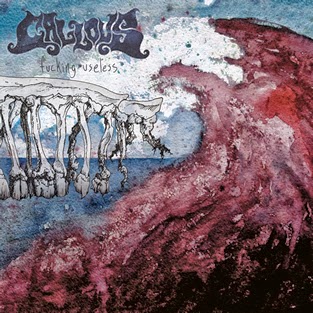 IN STOCK NOW
Callous "FUCKING USELESS" 7" A multi Daily supplement. A mix of EYEHATEGOD with some NEANTDERTHAL being somewhat CORRUPTED and finishing off with a little OUTLAW ORDER and you got a perfect CALLOUS. Members from BACKSLIDER Limited to 300 copies. Available at     https://blitzrecords.bigcartel.com
Posted by Blitzrecords at 15:31 No comments: