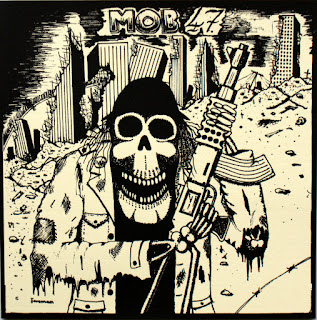 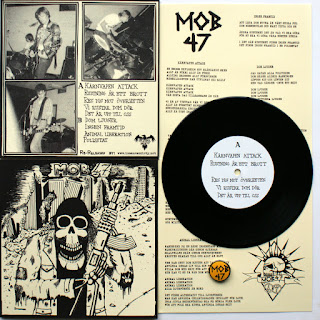 
Mob 47 is a hardcore punk band which formed in Stockholm, Sweden in 1982, originally under the name of "Censur". In 1983 the band members changed the name to what it's now called "Mob 47" when singer Mentis entered the band. During their early years they played with the legendary band Anti Cimex. They were influenced by bands such as Discharge, Crucifix, D.R.I., and B.G.K.. They have been described as the fastest of the Swedish D-beat groups.
Tracklist:
Kärnvapen Attack
Rustning Är Ett Brott
Res Dig Mot Överheten
Vi Rustar Dom Dör
Det Är Upp Till Oss
Dom Ljuger
Ingen Framtid
Animal Liberation
Polisstat
Posted by Blitzrecords at 15:58 No comments: