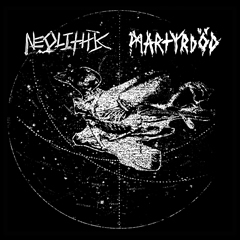 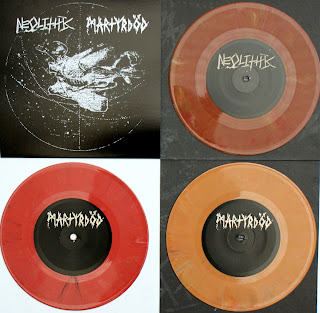 In stock now - colour vinyls picked at random.
Martyrdod has always been one of the highlights of the Swedish d-beat pack, even before they blew the doors off the scene with the masterful "Eldopp" in 2014. Adding that Bathory-indebted sense of melody to the Anti-Cimex base that so many have used to such great effect, Martyrdod stands taller than all but the best of d-beaters, and here "War Of Worlds" is an example of how and why. Five minutes of catchy riffing, punk drumming, raw-throated screams, and melodic guitar leads - what's not to love? Maryland's Neolithic take on filthy death/sludge is well-done,  "Inner Adversary" rides tar-caked guitar tones through a crusty death metal first half, before slowing down to an appropriately sludgy crawl for the back half. It's in that back half that "Inner Adversary" shines most, with a simple and yet very effective riff and some almost blackened croaks from vocalist Evan Harting. Composed of current and former members of Swarm Of The Lotus, Putrisect, Pulling Teeth, and Ruiner.
Posted by Blitzrecords at 05:55 No comments: 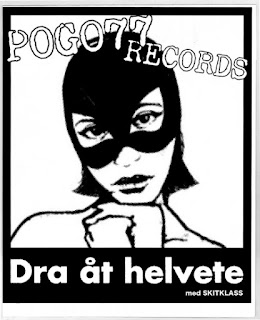 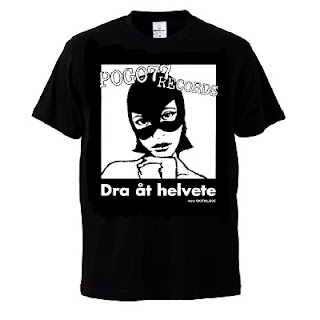 POGO 77 + SKITKLASSコラボ Collaboration T-SHIRTS ご注文はこちらへ.Schedule to be released on 25th April about the same time as the Skitklass live venue T's which are long sold out, also the Skitklass and Centipede 7" will be released at this time - all pre-orders will ship as soon as I get the package.Pogo 77 and Skitklass have collaborated for this great design T-Shirt - availabel to order here - http://blitzrecords.bigcartel.com/Dra åt helvete if I remember correctly from my time in Sweden means literally, go to hell, fuck you, fuck off, my girlfriend was always saying it - black/white design on black shirt.
SIZES
M height 69 body width 52 sleeve length 19
L height 72 body width 55 sleeve length 20
XL height 75 body width 58 sleeve length 21.
Posted by Blitzrecords at 16:33 No comments: