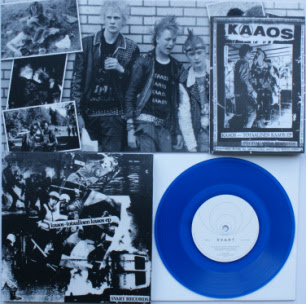 KAAOS: TOTAALINEN KAAOS 7"
Gatefold jacket, booklet, strictly limited 300 copies worldwide on blue vinyl.
'Totaalinen kaaos' is a genre-defining classic and one of the best known Finnish hardcore punk items. Originally released in 1982 on Propaganda Records, it has not been available in its original form for a few decades now. The Svart version comes in a gatefold jacket and features the rare original booklet in its entirety. Available on black and limited blue vinyl.
A1. Mellakka
A2. Natsit ja kommunistit
A3. Ootsä valmis kuolemaan?
A4. Sekasortoa
A5. Todellisuus
B1. Ei enää koskaan
B2. Sotatila
B3. Hyvinvoinnin toinen puoli
B4. Uskonsota 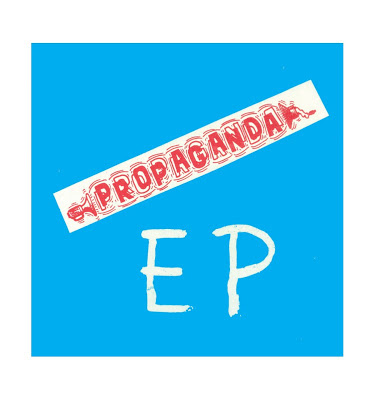 Propaganda EP is an odd compilation of early Finnish punk and new wave. Released in 1981, it was one of the earliest items on the Propaganda label and also one of the rarest. Most memorable for rare performances by cult bands 013 and Nato (with Nolla Nolla Nolla singer Jore on drums), the EP also features relatively unknown acts like Aapeli Kissala and Elastic Boredom. The Svart reissue is limited to 500 and comes in a folder cover featuring background info on the bands by Mr Propaganda himself, Heikki Vilenius.
A1. OPIUM: Syylliset
A2. NATO: Ei sun tartte ajatella
A3. 013: Eteen (1981 version) 2:40
B1. Aapeli KISSALA Ja ANTIPATIA: Lasten hautausmaa (1981 version)
B2. ELASTIC BOREDOM: Metabolla otsaan
B3. VIIMEISET KIUSAUKSET: Välinpitämätön﻿ 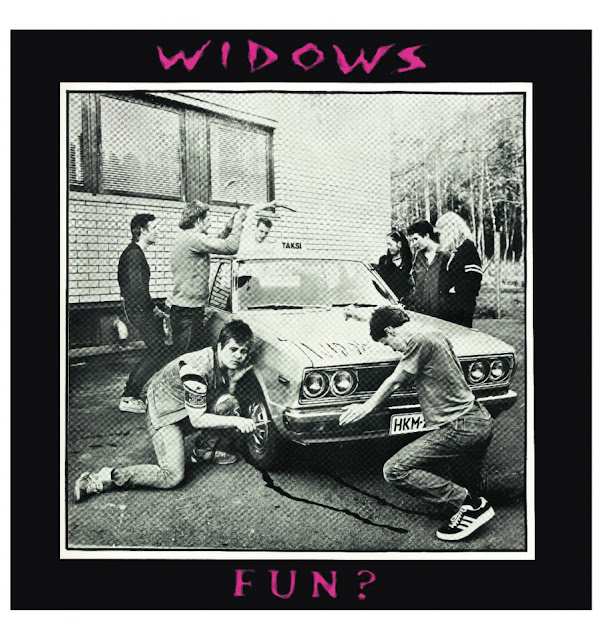 One of the first English language punk rock bands in Finland, Widows put out a few 7 inches before recording their first and last album 'Fun?' on Poko Records in 1980. Side A features studio material while the flipside has new songs performed live in Helsinki 1980. The Svart reissue features the original layout expanded to gatefold and featuring rare photos and news clippings.
A punk band from Helsinki, Finland. Widows was founded in 1975 and released their first single in 1979. The band was one of the few Finnish punk bands with English lyrics. They released their only album in 1980 and split up soon after.
Lineup on their first single in 1979:
Jacky Ix (vocals) Kelloggs Bollocks (guitar) Johnny Widow (guitar) T.B. Widow (bass) Rocky Ramone (drums)

Side A (Studio)
A1 Wanna Be Your Friend
A2 The Famous Five
A3 Stained Happiness
A4 Operate Of Murder
A5 Shit Tragedy
A6 Tastes Are Different
A7 Something New
A8 Now Peace Is A Lie
Side B (Live)
B1 Intro / Fun?
B2 For The Freedom
B3 We Are Coming
B4 Hard To Be Down
B5 Brotherhood Of Black
B6 Michell
B7 Never Fuck A Russian Girl
B8 Cartoon Rock
B9 What You Want
B10 Anarchy In The U.K.