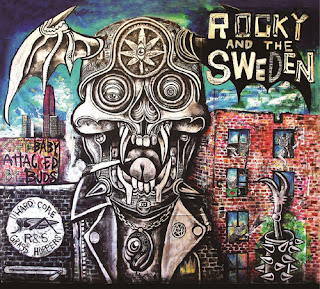 CONTACT ME HERE FOR AVAILABILITY  blitzmike@hotmail.co.uk  OR USE THE CONTACT BOX AT THE BOTTOM OF THE PAGE AND I'LL EMAIL YOU A TOTAL.
ROCKY & The SWEDEN, after the 7" released on August 8, 2019, which sold out completely on the same day, they have finally released a full album for the first time in 19 years. Their previous "TOTAL HARD CORE" and "GOD SAVE THE GREEN" albums are both counted as important works in the hardcore world, and are still often listed as favorites regardless of whether they are overseas or in Japan.
First of all, through the album, I'm in the middle of the “rockyness” you might expect. As a new element derived from it, the guitar work of new member KAZUKI SWEDEN should be noted. You will be shocked by the harmony that pops out in the “VOICE” head intro recorded in the second song. In addition, "GREEN RIOT" and "WEED WEED WEED" recorded on the 7-inch released as the foundation of this work are also included. And at “UNITE & WIN”, which hangs at the end of this album, a great circle with CAPTAIN “KOBA” SWEDEN.
The most striking jacket image is by OKANO MASATO, an up-and-coming artist living in NY. Also like the 7-inch, I want to pay attention and tribute to this album as a piece of “Total Hard Core”.
01. GREEN RIOT
02. VOICE
03. PEOPLE VS GOVERNMENT
04. SAVE
05. I'm Mad About Mary
06. SURVIVE
07. MARY-GO-ROUND
08. WEED WEED WEED
09. FIGHT FOR YOUR RIGHT
10 MARY WANNA ROCK
11. REBEL
12. UNITE & WIN
Posted by Blitzrecords at 09:48 No comments: 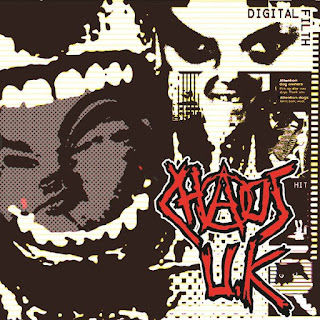 CONTACT ME HERE FOR AVAILABILITY  blitzmike@hotmail.co.uk  OR USE THE CONTACT BOX AT THE BOTTOM OF THE PAGE AND I'LL EMAIL YOU A TOTAL.
UK Punk band from Bristol formed in 1979 - Japan only CD released for their Japan tour in winter 2015.1 Sick And Blind2 Full Retreat
3 Just Mere Slaves
4 Eighties
5 The Less I See
6 Pressure
7 Void(80's Casio Re-mix)
Posted by Blitzrecords at 09:47 No comments: