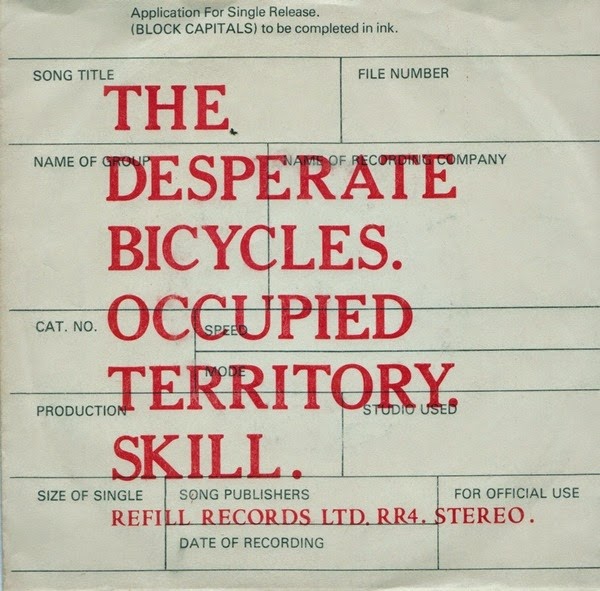 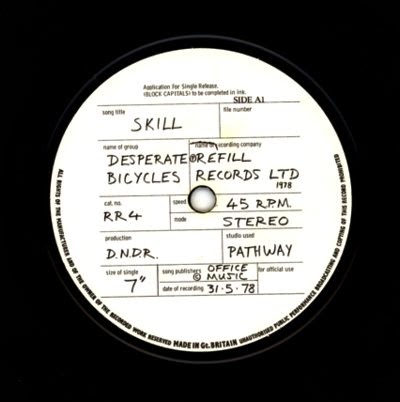 The Desperate Bicycles ‎– Occupied Territory / Skill
1A Occupied Territory - 6:03
A1 Skill - 2:52
Formed in Dalston East London during March 1977, the Desperate Bicycles were one of the first bands to seriously aspire to the DIY recording ethic that punk had sent into overdrive. They took one stage further Mark Perry's 3 chord call to action and showed groups could have total artistic control. A concept later taken up by bands like Crass.

Played once - RARE original pressing vinyl in near mint condition, comes in original printed sleeve - been stored in plastic sleeve - plays perfect.
Posted by Blitzrecords at 02:50 No comments: