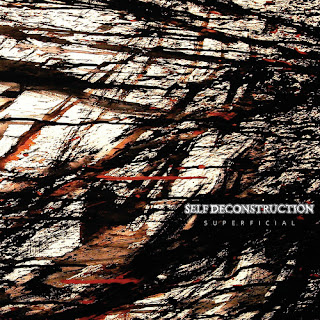 CONTACT ME HERE FOR AVAILABILITY  AT  blitzcore@hotmail.co.uk  OR USE THE CONTACT BOX AT THE BOTTOM OF THE PAGE AND I'LL EMAIL YOU A TOTAL.
Among the most notable works of the 2010's GRIND and HARDCORE scenes, Self Deconstruction's first album "Self Deconstruction" ranks as a top pick. Their self-titled album from 2012 is now available renewed and remade, with additional songs and a new design. Oh, and let's not forget the fancy paper!. Only 200 copies were originally produced, which is understandable considering the band's situation then, but now these limited pressings are selling at high prices in used markets. Now, people are screaming "WANT" all over the world. At the time, the band had dual vocalists but their current solo vocalist style stays true to their songs' unpredictable momentum and force. Naturally, songs from this album are still played live today. In addition to the originals, this release contains 2 songs that were recorded but not included in the first release. All tracks have been reconstructed and perfected by founding member Kuzuha -