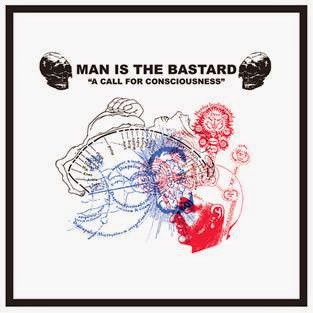 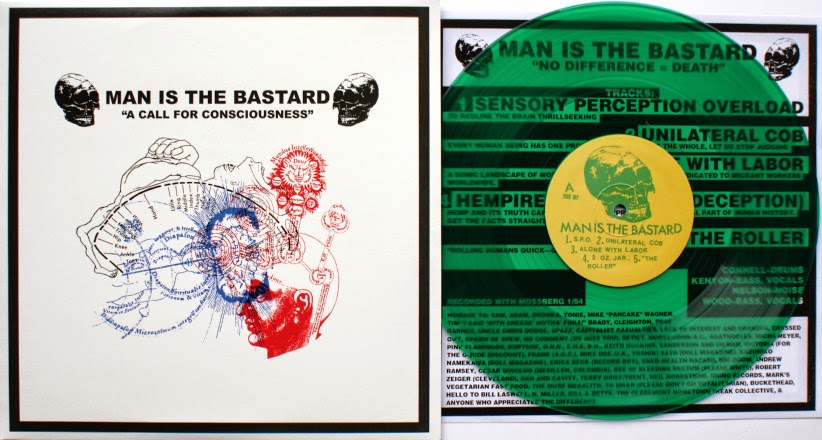 Man is the Bastard "A call for Consciousness" release on one side and "Our Earth's Blood" on the other side" 10" 700 on purple wax and 300 on Green wax.
The mysterious noise rock combo known as Man Is the Bastard was a project put together by Eric Wood and Joel Connell after they had left hardcore outfit Pissed Happy Children. Dubbing the band "power violence," the sound was a brutal mix of complicated technical riffing and straight-up hardcore. Making things even more interesting were the member's interest in the burgeoning noise scene, something that affected their music greatly. The group lasted until 1997, when they mutually decided that if they continued they would no longer make quality music. The members still work together on projects, including Wood's Bastard Noise projects.
Posted by Blitzrecords at 16:17 No comments: