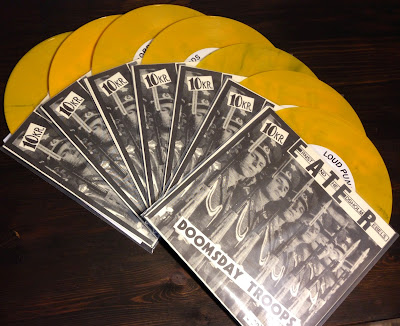 E.A.T.E.R.Ernst And The Edsholm Rebels ‎– Doomsday Troops - 5-Spårs E.P.
Crucial re issue of this early 80's Swedish HC punk classic. Originally released in 1983 this one rides the line between raw Swedish HC like Anti Cimex and more straight forwared Punk bands like Bristles, or Asta Kask. The title track is a hardcore rager, with the songs on the slip being a bit more in the UK Punk mold.
Managed to get a few copies of these from the band and my good friend Ake Kallback.
The band will be touring Japan in the winter and hope to come to the UK early next year. 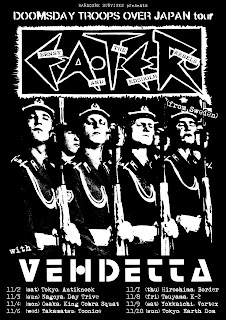 The legends of Sweden, E.A.T.E.R (ERNST AND THE EDSHOLM REBELS)."Doomsday Troops" 1st 7"ep from 1983' is released with original artwork and 8 page booklet! It's remastered by great the Texas Enormous Door studio and it was not on their recent discography LP. This is the real official reissue!


A1 Doomsday Troops A2 Violence A3 Religion AA1 Anxiety Attack 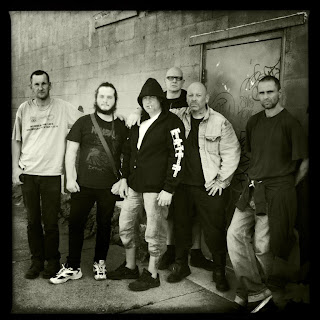 Posted by Blitzrecords at 05:27 No comments: