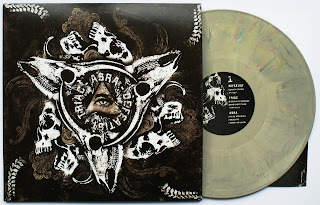 
Posted by Blitzrecords at 13:54 No comments: 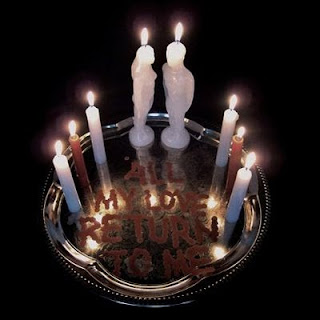 Burning Love started in 2007 as a side project to Cursed and Our Father, with the intention of making some loud and riff driven punk songs and mixing together the sounds of their varying favorites (from Black Flag and Hot Snakes to Kyuss or Turbonegro). BL has since taken to the front burner, touring at home and overseas and releasing two EPs - and now, their Songs For Burning Lovers LP. Produced by Ian Blurton and mastered by Mammoth Sound, SONGS FOR BURNING LOVERS delivers 12 tracks of fierce hardcore punk "This sinister collaboration spawns a dirtier punk'n'roll-based hardcore outfit than one would anticipate - keenly restrained enough to be melodic but still abrasive and loud" - Keith Carman, Exclaim
Tracklist:
1. Destroyer of Worlds 2. Don't Ever Change 3. Momento Mori 4. Gain 5. Curse Breaker 6. Miserable Sound 7. High Speed Wires 8. Alien vs. Creditor 9. Money Shots 10. Morning After Party 11. Piano 12. The Needle 13. Burning Love


Posted by Blitzrecords at 14:45 No comments: 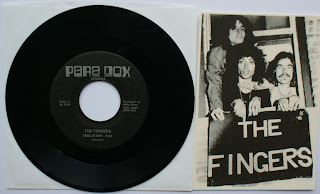 Official reissue of insanely rare 1977 Pittsburgh punk EP. Mastered from original 7.5 ips tape. Members went on to form The Features, who released the great 'Floozie of the Neighborhood' single in 1979. Don't miss your chance to work it out with the Fingers!
The Fingers started out as a five-piece band (thus, the name) in Pittsburgh, Pennsylvania in early 1977. Packing up their instruments and professional aspirations and leaving two Fingers behind, three members (two of them brothers) headed to New York City in September of that year hoping for some Ramones-type fame. As part of a press kit, their manager thought an actual record, instead of the standard cassette tape, might be more of an attention-getter. In December 1977, the Fingers recorded and soon released a three-song EP which was mostly sent to record company execs in the hopes of securing a contract. No deals were inked, but the "Isolation" EP purportedly caught the ear of Sire mogul Seymour Stein who dug but declined. Stein apparently deemed the Fingers style too similar to the Ramones — never a bad thing! The remainder of the "Isolation" EPs seem to have been swallowed up into the void. Until 1998, the record was completely unknown having never surfaced in a store or collection. Some collectors even had their doubts the record existed until a band member sent out a tape where, sure enough, you could hear the needle dropping down and some great punk rock begin. Between the manager and roadies and ex-girlfriends, around ten copies in varying condition made their way into collector hands. The A-side track "Isolation" is the hands-down winner while the two B-side cuts are less impressive but still good.
Of further interest to punk rock fans is the fact that the Fingers comprised the core of what would soon be The Features. Take three Fingers, add the manager, and a wardrobe change and you have the Features whose "Floozie of the Neighborhood" 45 is a pop-punk classic (a very, very rare classification 'round here). Modern day punk throwbacks, the Stitches, cover "Floozie" in fine fashion. Considering the chances of finding the original are slim-to-none, vinyl hounds should seek out the No One Left To Blame compilation LP which includes "Isolation" or — for the less discerning and more desperate — the Features LP released on Italy's Rave-Up label a few years back. (Ryan Richardson)
Posted by Blitzrecords at 16:43 No comments: