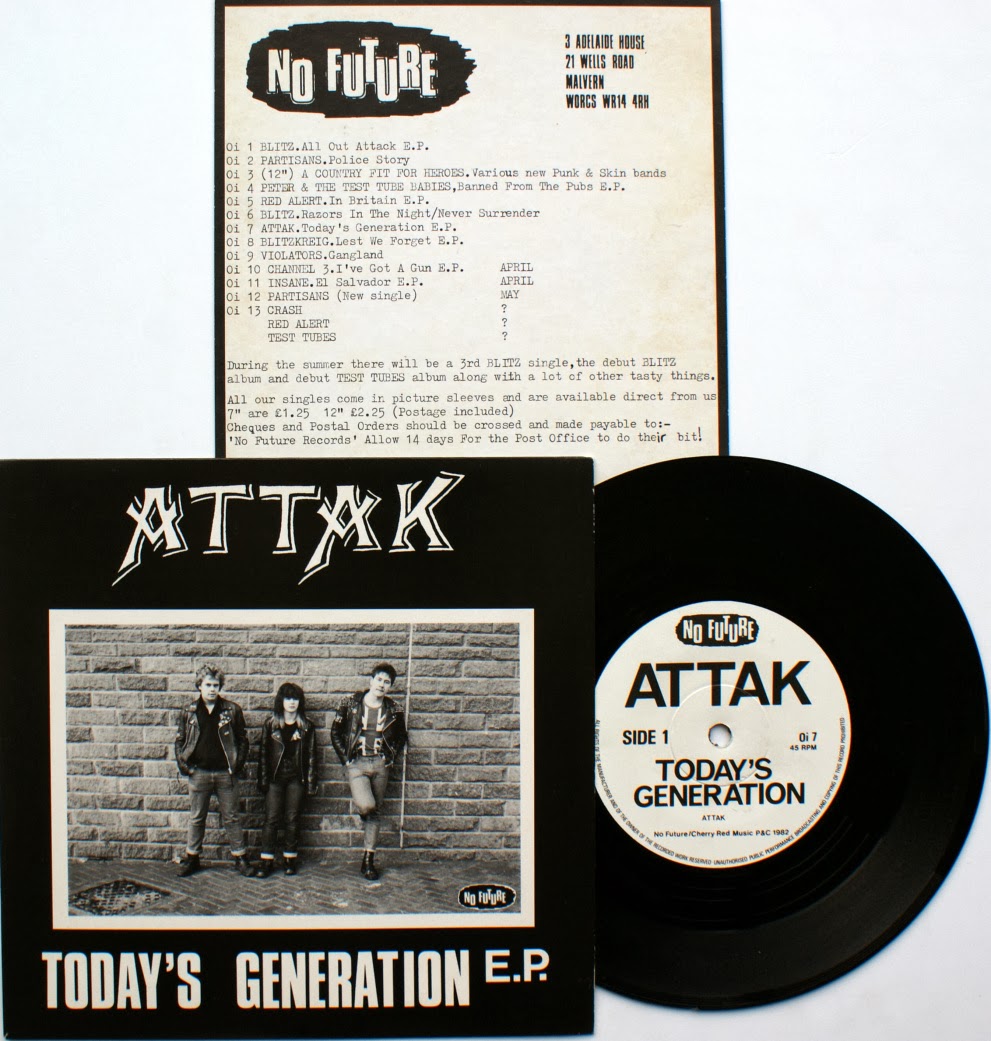 A. Today's Generation
B1. Hell
B2. No Escape

Formed in early 1981 in New Mills as a four piece band, Attak reverted to a trio when their singer left for school commitments. They released two singles in this form, with Lindsay, sister of Mackie from Blitz, being the drummer. A new guitarist was recruited for their album before they split up in late 1983. Gary later turned up in a revamped Blitz and provided the vocals on their "Killing Dream" album. Gary and Lindsay married in 1985.

Superb all round condition - vinyl and cover both excellent - includes merchandise card
https://blitzrecords.bigcartel.com
Posted by Blitzrecords at 07:09