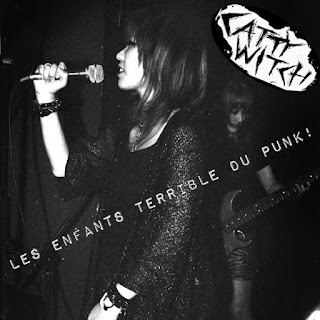 CATTY WITCH - LES ENFANTS TERRIBLE DU PUNK! -7" flexi.
PRE-ORDER - RELEASED LATE MARCH - Japanese import at a decent price - With download code (3 times download available-valid until March 21, 2020) might not play perfect on some decks - start collecting this superb series at https://blitzrecords.bigcartel.com - great new series from POGO77 Records - digging up some great Japan demo tapes from the 90's and putting them out as flexi's - KILLED BY POGO77 is the name and the first two releases are coming soon - this is the first in the series - red flexi, comes with poster - AND DOWNLOAD CODE - Nori says - - New series "KILLED BY POGO77" is for reissuing old demo-tapes of both unknown and famous punk bands in 90's and 00's as Flexi/7" records. "KILLED BY POGO77" puts these old bands back in the spotlight for punks of today and in the future to enjoy!. This is "KILLED BY POGO77".