The Hated - Every Song - LP 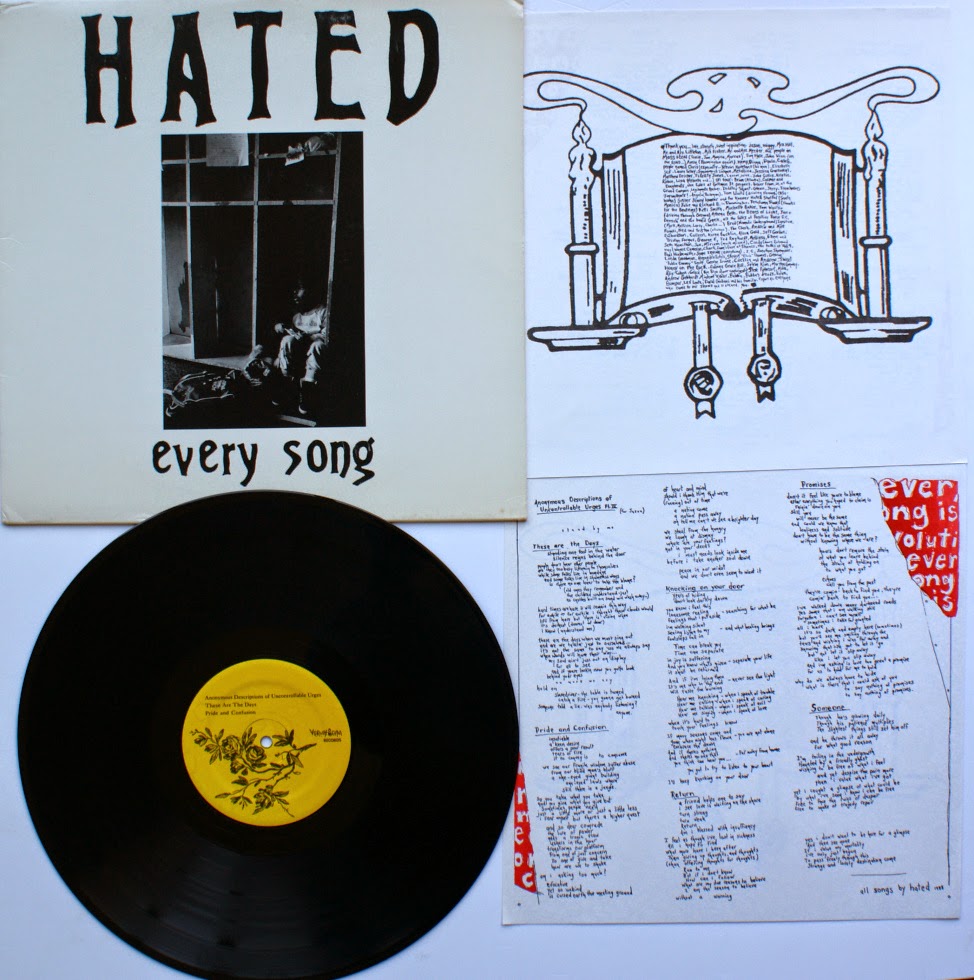 This was sent to me in 1989 along with the Like The Days 2 x 7" by John Irvine the bass player with the band - It was one of his own copies  - he sent me two copies, one got damaged in the post, so you get 2 x covers and inserts - the vinyl is unplayed, he covers have slight corner dinks - see photos

The Hated was an Annapolis, Maryland emo band from 1985 to 1990. The original members were Mike Bonner, Erik Fisher, Daniel Littleton, and Colin Meeder. The Hated are known as one of the earliest emo bands.
After an early start as a parody of some of the DC hardcore scene's more rockist tendencies, the band's music quickly became more serious, more musically complicated than that of many of their contemporaries and followers, including melodic basslines, vocal harmonies and guitar playing (and tunings) borrowed from folk music, and drumming often more reminiscent of Keith Moon of the Who than most punk and post-punk drumming. The lyrics were complicated as well, occasionally containing biblical allusions or phrases in French and German.